A research report has been released which, based on observed attack data over the second half of 2018 (2H 2018), reveals the command-and-control and lateral activities of three highest-volume malware, Emotet, LokiBot, and TrickBot. It also highlights effective methodologies to proactively combat these cybersecurity threats. 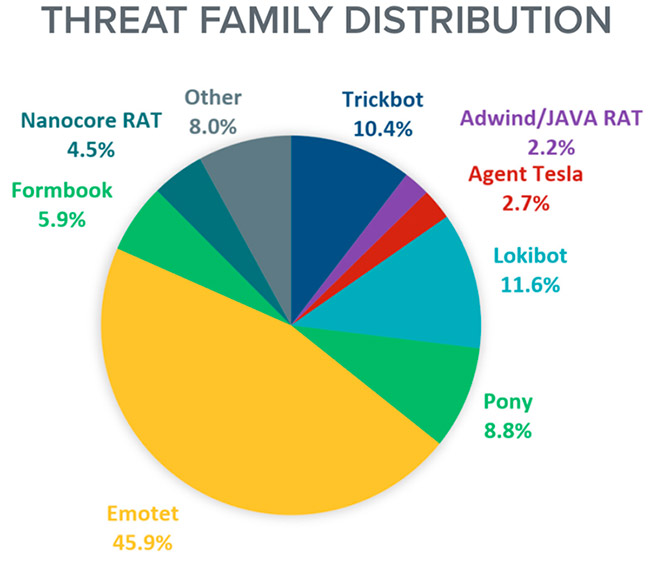 The data and analysis bring to light threat-actor behavior and provides a high-level look at the technical methods they use to accomplish their objectives.

Key findings in the Gigamon Applied Threat Research (ATR), How the Most Prolific Malware Traversed Your Network Without Your Knowledge, include:

“While these high-volume threats are well discussed in the security industry, and are seemingly novel, Emotet, Lokibot, and TrickBot still succeed in impacting enterprises around the world, causing significant damage,” said Justin Warner, Director of Applied Threat Research for Gigamon. “It is our desire to share a threat focused methodology in approaching security operations and apply it to these prolific threats. Our goal is to empower security teams to be more prepared to detect and respond to this malicious activity, and others that share or recycle similar technical methods.”