Torq announced that Jason Chan has joined the company’s CISO Advisory board. The former leader of information security at Netflix, Jason will leverage his decades-long career building and leading security teams to help Torq continue to accelerate product development and build the company’s market presence. He will work closely with Torq’s leadership and product teams, as well as with customers seeking to modernize their security automation practices. “Jason’s experience leading rapidly-growing security organizations gives him … More →

DataStax announced that its cloud database – Astra DB – can now easily be deployed in multiple cloud provider regions, empowering any organization to deliver engaging, interactive digital experiences for customers anywhere on the globe. Through its combination of pay-as-you-go serverless architecture and new multi-region capability, Astra DB can reduce the cost and complexity of replicating geo-distributed databases with always-on business continuity and built-in disaster recovery. Astra DB is built on Apache Cassandra, the open … More →

The Linux Foundation announced that it is hosting the eBPF Foundation. Founding members include Facebook, Google, Isovalent, Microsoft and Netflix. This comes in advance of the eBPF Summit, a free and virtual event taking place August 18-19, 2021. eBPF allows developers to safely and efficiently embed programs in any piece of software, including the operating system kernel. As a result, eBPF is quickly becoming the method of choice for achieving a wide range of infrastructure … More →

As the marketing of almost every advanced cybersecurity product will tell you, artificial intelligence is already being used in many products and services that secure computing infrastructure. But you probably haven’t heard much about the need to secure the machine learning applications that are becoming increasingly widespread in the services you use day-to-day. Whether we recognize it or not, AI applications are already shaping our consciousness. Machine learning-based recommendation mechanisms on platforms like YouTube, Facebook, … More →

“Simple” can often be harder than “complex.” When thinking about the trickiest phishing campaigns and their components, URL redirection does not immediately come to mind as the part causing the trouble. However, URL forwarding is one method that is often abused by cybercriminals to create multi-layered phishing attacks. Why? The short answer is in three E’s: easy, evasive, and elusive (to the eye). URL redirection for malicious purposes URL redirection is the process of forwarding … More →

Armory introduced Armory Minnaker, a virtual machine leveraging K3s and the Armory Operator to enable software deployments in only 10 minutes instead of 10 days. Already thoroughly tested by some of the largest companies in the world, including Netflix and Salesforce, Spinnaker — the enterprise-grade continuous delivery tool — is now accessible in minutes through Minnaker. Its simplified installation and deployment gives users an improved experience and shrinks the amount of time it takes to … More → 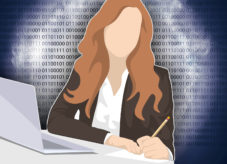 Since 1987, the month of March has been known as Women’s History Month, celebrating the historical achievements and contributions of women around the world. It is especially important during this time of reflection and celebration that we recognize the important role women have played in the growing security sector over the years. It is no secret the cybersecurity industry has been historically dominated by men. The percentage of women in the field is only 24%, … More →

When a person reuses the same password across multiple accounts, one account’s exposure puts all the others at risk. To prevent this, cybersecurity awareness programs must emphasize the importance of passwords: how to create them, use them, and how to use a password manager. There are four forms of password reuse and they all are bad The first and easiest to prevent is the use of the same password on the same account. For example, … More →

The Cloud Native Computing Foundation (CNCF) announced the graduation of Open Policy Agent (OPA). OPA has demonstrated widespread adoption, an open governance process, feature maturity, and a strong commitment to community, sustainability, and inclusivity to graduate. OPA is an open source, general-purpose policy engine that enables unified, context-aware policy enforcement across the entire stack. The project was accepted into the CNCF sandbox in April 2018 and one year later was promoted to incubation. More than … More →