Applied Risk researcher, Gjoko Krstic, has identified a security vulnerability in the Sauter CASE Suite, a software package used to handle building automation projects with energy-efficient strategies and methods. The Sauter CASE Suite is a building management software that is used for project engineering and control functions of building management systems within both office and industrial environments. The application suffers from an XML External Entity (XXE) vulnerability, which can be used to cause a Denial … More →

Test IO released a new product to help software teams verify that bugs are fixed in real-world conditions before software is released. Bug Fix Confirmation leverages test IO’s network of software testers to ensure that identified bugs are fixed so software releases go out on schedule. Verifying resolution of bugs is a standard step in the software development cycle and a bottleneck in release processes. It is troublesome for companies whose development teams have prioritized … More →

PolySwarm partners with IKARUS Security Software to advance its early malware detection capabilities. IKARUS will assist PolySwarm in its efforts to expand its network of antivirus vendors and developers by uploading IKARUS’ engine into Polyswarm’s marketplace. “The way PolySwarm compensates security companies for successfully detecting potential threats will pave the way to a new era in threat detection,” said Mario Bono, head of the malware lab at IKARUS. “The ability to access a vast stream … More →

LookingGlass Cyber Solutions released its Third Party Risk Monitoring offering. Built on the ScoutPrime platform, the LookingGlass subscription service offering leverages the threat data along with a team of expert security and intelligence analysts to mitigate risks, provide visibility into potential vendor exposure, and reduce time to action with negligible false positives. Beyond the digitized walls of every company is a world of vendors, suppliers, providers, and subsidiaries, all connected to a company’s network or … More →

StarlingX — the open source edge computing and IoT cloud platform optimized for low latency and high performance applications — is available in its first release. The project was established in May as a pilot project supported by the OpenStack Foundation (OSF) and builds on code contributed by Wind River and Intel Corporation. StarlingX delivers services to help fill the gaps in the open source edge cloud ecosystem to meet requirements of edge use cases … More → 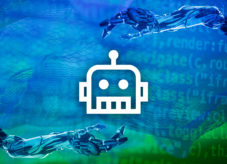 Can a bot create valid, high-quality fixes for software bugs more rapidly than a human can, and get them accepted by human developers and permanently merged in the code base? A group of researchers from the University of Lille & Inria Lille (France) and the KTH Royal Institute of Technology (Sweden) have been researching the possibility for a while now, and their Repairnator bot, which is specialized to repair build failures happening during continuous integration, … More →

Passware announces Passware Kit recovers passwords for popular Bitcoin wallet services: Blockchain.com (known previously as Blockchain.info) and Bitcoin Core. Bitcoin is decentralized peer-to-peer digital payment network that is powered by its users with no central authority or middlemen. When Bitcoin wallet passwords are lost or forgotten According to Blockchain.com support, they cannot help their users regain access to their wallets if they have lost or forgotten their passwords. “This is because we don’t have access … More → 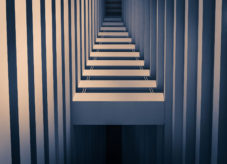 Jungle Disk announced version 3.30 of its encrypted cloud backup and storage software, which now includes Google Cloud Platform as the default storage choice. With the new version of the software, small businesses will be able to take advantage of multiple cloud platform choices, increased performance, and cross-platform HIPAA and PCI compliant collaboration with encryption to store and secure business data. The addition of Google Cloud Platform in the new software version improves data recovery … More →

In an era when enterprises always have to grapple with processing large amount of information through big data technology, security has emerged as the most important measure to accomplish their goals. Against this backdrop, software-defined networking is turning concern about security in the cloud on its head, enabling a winning model for protecting businesses, says GlobalData. Protecting a business network has traditionally meant plugging in a bunch of different security ‘appliances’, in each business location, … More →