In an era when enterprises always have to grapple with processing large amount of information through big data technology, security has emerged as the most important measure to accomplish their goals. Against this backdrop, software-defined networking is turning concern about security in the cloud on its head, enabling a winning model for protecting businesses, says GlobalData. Protecting a business network has traditionally meant plugging in a bunch of different security ‘appliances’, in each business location, … More → 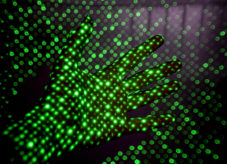 A new report from Juniper Research predicts that the biggest shift in mobile payment security will be the move towards software-based methods, which rely on standard smartphone components. The research forecasts that users of these methods will increase from an estimated 429 million in 2018 to over 1.5 billion in 2023. Juniper believes that this will usher in an era where mobile payments authentication utilizes multiple biometrics based on people’s device usage patterns. Biometrics shift … More →

NEXT Biometrics announced it has purchased a source code license for the FingerCell algorithm from Neurotechnology. The algorithm allows developers of solutions incorporating NEXT Biometrics fingerprint sensor technology to customize their own products for performance and market. “NEXT is very pleased to offer this outstanding software solution to support our customers in developing innovative biometrics systems and devices,” said Ritu Favre, CEO, NEXT Biometrics. “The software license from Neurotechnology helps customers quickly tailor their products … More →

The DevOps methodology is ready to take the next step in its evolution. The first instance incorporated an operational approach to application development to create in-house, custom apps in a fast-paced, iterative environment. The next step must now insert security at each point of the model. It’s well known that using a modern software factory approach, like DevOps, can improve an enterprise’s overall speed and agility. The focus is on innovation and producing applications that … More →

A group of New York University researchers are testing a new approach to software security: adding more bugs to it instead of removing them. The idea is to “drown attackers in a sea of enticing-looking but ultimately non-exploitable bugs” and waste skilled attackers’ time. This approach is aimed at disrupting the triage and exploit development stages of the attackers’ workflow by introducing many chaff bugs (the name is a nod to the strips of foil … More →

Entrust Datacard announced the release of TruCredential 7.5 software that enables tablet and mobile-based capture and issuance of ID cards. A traditional capture station consists of a network computer linked to a camera and printer. With TruCredential 7.5, card program administrators are no longer tethered to this hardwired set up. Instead, users can capture and print IDs with a mobile device from anywhere on their network and print to any network-connected printer. Instead of having … More →

Gemalto announced the launch of Sentinel Up, a software update solution for software vendors and device manufacturers. Designed to help businesses improve customer satisfaction and drive business growth, Sentinel Up allows vendors to deliver software updates, creates in-app notifications and generates install base insights which are components of a digital business. “Business demands are constantly changing and having a software licensing solution that adapts to an organisation in real-time is critical to staying ahead of … More →

Integris Software announced it has raised a $10 million Series A financing round led by Aspect Ventures with participation from Workday Ventures, Madrona Venture Group, and Amplify Partners. The round brings Integris Software’s total funding to $13M. Integris will use the funding to continue to build on its data privacy automation platform and meet the demand for a data privacy solution. Recent developments in data privacy, such as the EU’s General Data Protection Regulation (GDPR) … More →

SoftwareONE announced that it has launched Security for Microsoft 365, a managed service that enhances the security of Microsoft 365 environments as well as manages and protects users, devices, applications and information from advanced security threats. In a mobile-first, cloud-first world, the attack surface has expanded past the traditional IT perimeter and enterprises need to manage identities, protect devices, govern and manage Shadow IT, and make sure sensitive information is safeguarded. Security for Microsoft 365 … More → 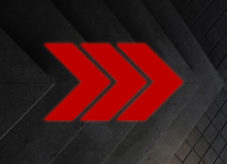 A Scalyr report, based on a survey of 155 software development practitioners, finds that organizations are shifting away from traditional, monolithic architectures, with three-quarters of survey respondents delivering at least some of their applications and more than one-third delivering most of their applications as microservices. Practitioners are also delivering software more rapidly than ever, with 71 percent of engineers pushing code into production at least weekly and nearly one-third doing so at least once per … More →

As software gets embedded in more and more things we use every day, the problem of software vulnerability reporting and patching rises in importance. Unfortunately, only a few European countries have put vulnerability disclosure processes in place. CEPS, a ​think tank and ​forum for debate on EU affairs, has delved in the problematics, listened to industry experts, academics, representatives of EU and international institutions and civil society, and has come up with recommendations on how … More →