McAfee launched its online protection service providing personalized and unified experiences focused on identity and privacy – the protection areas that matter most to people. McAfee’s new approach to online protection makes it easy for people to protect themselves with simple, intelligent protections, including some that will engage automatically. With an emphasis on providing identity and privacy for all, the new McAfee service is full of enhancements, including McAfee Identity Protection Service delivered via the … More → 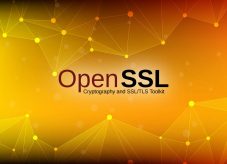 The OpenSSL Project has released OpenSSL 3.0, a major new stable version of the popular and widely used cryptography library. What is OpenSSL? OpenSSL contain an open-source implementation of the SSL and TLS protocols, which provide the ability to secure communications across networks. It is the default encryption engine for popular web, email and chat server software, VPNs, network appliances, and is used in many popular operating systems (MS WIndows, Linux, macOS, BSD, Android…) and … More →

Here’s an overview of some of last week’s most interesting news and articles: Unprotected CVS database exposed sensitive customer searches Researchers have discovered an unprotected, exposed online database with over a billion records belonging to American healthcare company CVS Health. How a conference room speakerphone might let attackers into your company network Several egregious vulnerabilities affecting the Stem Audio Table conference room speakerphone could be exploited by attackers to eavesdrop on what’s being discussed in … More →

Microsoft has announced new and improved capabilities for enterprise security teams that use Microsoft Defender for Endpoint on Android and iOS and Microsoft threat and vulnerability management APIs. Mobile device protection Microsoft Defender for Endpoint – a cloud-powered enterprise endpoint security platform designed to help enterprise networks prevent, detect, investigate, and respond to advanced threats – now has a new mobile app that makes it easier for users to see whether their (now integrated) Microsoft … More → 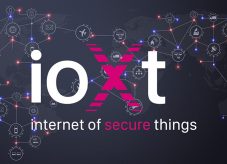 The ioXt Alliance announced that it is expanding its ioXt Compliance Program with a new mobile application profile with added requirements for VPN applications. Defined collaboratively by technology companies such as Google and Amazon, in partnership with security labs, NowSecure, NCC Group, DEKRA, Onward Security and 7layers, and aligned with the initiatives set forth by VPN Trust Initiative, these new security standards for the mobile app and VPN markets will bring transparency and visibility to … More →

Avira has released an all-new Avira Security for Mac, including a free version as well as Prime for premium features. The all-in-one solution blocks and removes threats, enables worry-free browsing, shopping and payment through its real-time protection, and protects data with VPN encryption. Developed from the ground up on Apple’s latest tech stack, Avira Security for Mac, offers everything users need for a secure, private, and fast digital life across Apple products. Avira Security for … More →

The debate within business organizations of whether to use consumer devices or to invest in rugged devices for the operations side of their business is as old as personal computing itself. And with the pandemic having shown that endpoint management is now part of the cost of doing business, it’s time to put the tired old debate to rest once and for all. Weighing the true cost of consumer devices The pandemic and the great … More →

Protecting the remote workforce will be enterprises’ prime focus in 2021, according to a recent survey of IT leaders. IT teams struggled in the early days of the pandemic, rushing to meet the urgent need for widespread remote access. Connecting users often came at the expense of other factors, such as security, performance, and management. To select a suitable remote access solution for your business, you need to think about a variety of factors. We’ve … More →

Group-IB has presented a report which examines key shifts in the cybercrime world internationally between H2 2019 and H1 2020 and gives forecasts for the coming year. The most severe financial damage has occurred as a result of ransomware activity. The past year — a harrowing period for the world economy — culminated in the spike of cybercrime. It was also marked by the rise of the underground market for selling access to corporate networks … More →