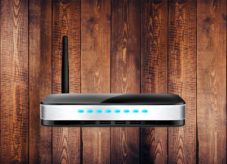 Back in January 2013, researchers from application security services firm DefenseCode unearthed a remote root access vulnerability in the default installation of some Cisco Linksys (now Belkin) routers. The flaw was actually found in Broadcom’s UPnP implementation used in popular routers, and ultimately the researchers extended the list of vulnerable routers to encompass devices manufactured by the likes of ASUS, D-Link, Zyxel, US Robotics, TP-Link, Netgear, and others. Since there were millions of vulnerable devices … More → 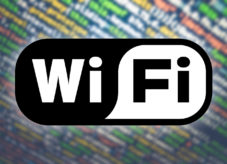 Less than a week after Apple pushed out iOS 10.3 comes an iOS emergency patch that all iDevice owners should implement as soon a possible. The security note accompanying iOS 10.3.1 says simply that the fixed problem is a stack buffer overflow vulnerability that was addressed through improved input validation, and that it allows an attacker within range to execute arbitrary code on the Wi-Fi chip. No more details about it were shared, but Gal … More → 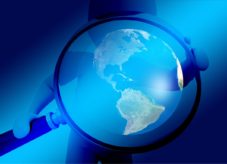 With the rise of IoT, pressure to mitigate cyber risks in connected devices is mounting. Though security is a big concern, connected devices from autonomous vehicles to smart home products often lack it, as it is not a feature given great attention during design and manufacturing. ABI Research projects that this is largely due to economies of scale but anticipates that the world will undergo a swift change to better protect these devices as global … More → 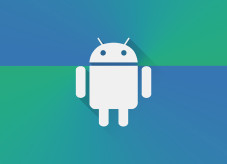 Launched today, the new Raspberry Pi B+ board, which marks the first significant change to the credit card-sized computer, is available immediately. Priced at $35, the new board offers more sensors and accessories than ever before, enabling users to build bigger and better projects. Advanced power management and enhanced connectivity make it possible to power four USB accessories such as 2.5 inch hard drive through the device. Up to 1.2A can be delivered to the … More →

Here’s an overview of some of last week’s most interesting news and articles: Trojan uses anti-spam system to keep in touch with C&C servers Most malware is severely crippled if it can’t contact the C&C servers from which it receives its instructions and updates, so malware authors are constantly coming up with new ways to thwart firewalls, intrusion prevention systems and local gateways blocking such communication. CEO hot seat: Dave Hansen Recently SafeNet announced the … More →

BackTrack is a Linux-based penetration testing arsenal that aids security professionals in the ability to perform assessments in a purely native environment dedicated to hacking. This is an unofficial build which is meant to help the BackTrack Dev team to assess any hardware incompatibilities with the new kernel. This is NOT an official release, however the authors need your input as to what works and what doesn’t. What’s changed: Updated all packages, manual update of … More →

The Wi-Fi Alliance announced that over 175 wireless products from more than 40 leading manufacturers received the long awaited Wi-Fi Protected Access (WPA) security certification. The infamous Wired Equivalent Privacy (WEP) was proved to be fundamentally insecure and this finding caused a really negative “marketing” campaign for WLAN adoption. WPA comes to the rescue as a security replacement for WEP. It is recommended that WPA be enabled in wireless LAN applications where data security is … More →