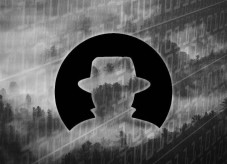 Thus far in 2018, organizations and individuals worldwide have experienced a large number of high profile cyber attacks, with criminals stealing billions of dollars as well as personal information from hundreds of millions of people. Black Hat USA, an annual cybersecurity conference taking place in August, is a great opportunity for practitioners to get a glimpse into both emerging attack vectors and the latest technologies designed to protect against these attacks. As a cybersecurity investor … More → 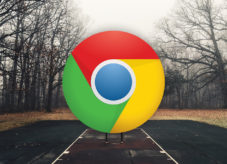 Site Isolation, the optional security feature added to Chrome 63 late last year to serve as protection against Spectre information disclosure attacks, has been enabled by default for all desktop Chrome users who upgraded to Chrome 67. How Site Isolation mitigates risk of Spectre attacks “In January, Google Project Zero disclosed a set of speculative execution side-channel attacks that became publicly known as Spectre and Meltdown. An additional variant of Spectre was disclosed in May. … More → 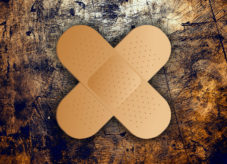 For its July 2018 Patch Tuesday, Microsoft has patched 53 vulnerabilities. 17 of them are critical and 16 of those affect Internet Explorer and Edge. Microsoft updates “The 16 CVEs covering browsers should be prioritized for workstation type devices, meaning any system where users are commonly accessing the public internet through a browser or checking email. This includes multi-user servers that are used as remote desktops for users,” According to Jimmy Graham, Director of Product … More →

After entering a password, your regular computer keyboard might appear to look the same as always, but a new approach harvesting thermal energy can illuminate the recently pressed keys, revealing that keyboard-based password entry is even less secure than previously thought. Thermal image of “passw0rd” 20 seconds after entry Computer Science Ph.D. students Tyler Kaczmarek and Ercan Ozturk from UC Irvine’s Donald Bren School of Information and Computer Sciences (ICS), working with Chancellor’s Professor of … More →

Researchers from Vrije Universiteit in Amsterdam have demonstrated that it is possible to use a Rowhammer attack to remotely hack Android phones. What is a Rowhammer attack? “The Rowhammer attack targets the design of DRAM memory. On a system where the DRAM is insufficiently refreshed, targeted operations on a row of DRAM memory may be able to influence the memory values on neighboring rows,” the CERT Division of the Software Engineering Institute (SEI) at Carnegie … More →

Microsoft wants security researchers to search for and report speculative execution side channel vulnerabilities (a hardware vulnerability class that affects CPUs from multiple manufacturers), as well as bugs that can be misused to bypass Windows and Azure Spectre and Meltdown mitigations. For their successful efforts, the company is ready to pay out as much as $250,000. A new bug bounty The bounty program for speculative execution side channel vulnerabilities was announced on Wednesday and will … More → 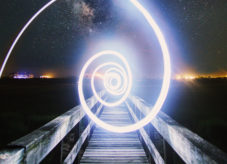 Security and risk management leaders must take a pragmatic and risk-based approach to the ongoing threats posed by an entirely new class of vulnerabilities, according to Gartner. Spectre and Meltdown are the code names given to different strains of a new class of attacks that target an underlying exploitable design implementation inside the majority of computer chips manufactured over the last 20 years. Security researchers revealed three major variants of attacks in January 2018. The … More → 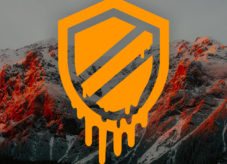 Patching to protect machines against Meltdown and Spectre attacks is going slow, and the provided patches, in some instances, lead to more problems than just slowdowns. In fact, Intel has admitted that they have “received reports from a few customers of higher system reboots after applying firmware updates.” “Specifically, these systems are running Intel Broadwell and Haswell CPUs for both client and data center,” Navin Shenoy, general manager of Intel’s Data Center Group, confirmed. “We … More → 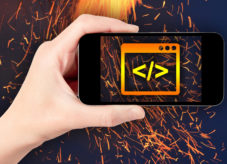 Appthority published research on its discovery of the Eavesdropper vulnerability, caused by developers carelessly hard coding their credentials in mobile applications that use the Twilio Rest API or SDK, despite best practices the company clearly outlines in its documentation. What applications are affected by the Eavesdropper vulnerability? Security researchers have identified this as a real and ongoing threat affecting nearly 700 apps in enterprise mobile environments, over 170 of which are live in the official … More →

How can attackers load programmable logic controllers (PLC) with destructive malware, and how can the operators of industrial control systems (ICS) detect it? According to a group of researchers from the International Institute of Information Technology, Hyderabad, and Singapore University of Technology and Design, the trick is not to attempt to change the PLC’s firmware, but to deploy ladder logic bombs (i.e. malware written in ladder logic). The PLC malware “ICS and Supervisory Control and … More → 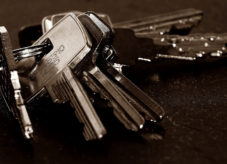 The HEIST vulnerability was presented at Black Hat USA 2016 by Mathy Vanhoef and Tom Van Goethem. In this presentation, new techniques were presented that enhanced previously presented padding oracle attacks on HTTPS, making them more practical. In a padding oracle attack, the attacker has partial control of part of a message that contains secret information, and is compressed, then encrypted before being sent over the network. An example of this is a web page … More →

We recently encountered a high-risk Android app detected as ANDROIDOS_STIP.A in Chile. This app, found distributed through forums and blogs, can be used to hack into the user’s RFID bus transit card to recharge the credits. What is the mechanism behind this, and what is the security risk of RFID payment cards in general? Paying via RFID cards is becoming more popular nowadays as more mobile devices add NFC support. Banks, merchants or public services … More →