Trust has eroded among criminal interactions, causing a switch to e-commerce platforms and communication using Discord, which both increase user anonymization, Trend Micro reveals. Popular underground goods and services The report reveals that determined efforts by law enforcement appear to be having an impact on the cybercrime underground. Several forums have been taken down by global police entities, and remaining forums experience persistent DDoS attacks and log-in problems impacting their usefulness. Loss of trust led … More → 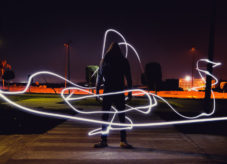 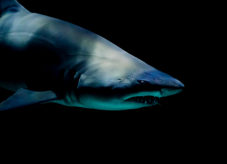 Here’s an overview of some of last week’s most interesting news, articles and podcasts: March 2020 Patch Tuesday forecast: Let’s put the madness behind us Did you survive the madness of February 2020 Patch Tuesday and its aftermath? We saw Windows 7 and Server 2008 finally move into extended security support and then Microsoft pulled a rare, standalone Windows 10 security patch following some unexpected results. How to gather cyber threat intelligence from dark markets … More →

The U.S. Department of Justice’s Cybersecurity Unit has released guidelines for organizations that want to gather cyber threat intelligence from dark web forums/markets but, at the same time, want to stay on the right side of the (U.S. federal criminal) law. The document focuses on “information security practitioners’ cyber threat intelligence-gathering efforts that involve online forums in which computer crimes are discussed and planned and stolen data is bought and sold. It also contemplates situations … More → 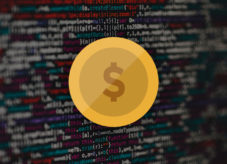 Cryptocurrency users, exchanges and investors suffered $4.5 billion in crypto-related losses resulting from thefts, hacks, and fraud, a CipherTrace report reveals. Cryptocurrency crime losses The lion’s share of those losses stem from the staggering growth of Ponzi schemes, exit scams, and misappropriation of funds crimes, the value of which rose 533 percent year over year. Also, traditional financial services have become increasingly infused with crypto assets. For instance, results of an extensive analysis of the … More →

ZenFi Networks, an innovative communications infrastructure company focused on enabling fiber optic network, network edge colocation and wireless siting solutions in the NY-NJ metro region, announces the expansion of its C-RAN network with the deployment of over 600 turnkey small cell nodes in Northern New Jersey. In addition to deploying fronthaul fiber to each of these nodes, ZenFi Networks was selected by a major mobile network operator (MNO) to provide wireless siting and network edge … More →

Everstream, the business-only fiber network, announced that it has further expanded its enterprise-grade fiber network in its home city of Cleveland, with the installation of an additional 620 route miles of dense fiber. The high-bandwidth connectivity from Everstream connects businesses throughout Northeast Ohio, with the network now reaching from Toledo in the west to Conneaut in the east and as far south as Mansfield. With recent announcements of expansions into new markets, including Milwaukee, Indianapolis … More →

As our world embraces a digital transformation, innovative technologies bring greater opportunities, cost efficiencies, abilities to scale globally, and entirely new service capabilities to enrich the lives of people globally. But there is a catch. For every opportunity, there is a risk. The more dependent and entrenched we become with technology the more it can be leveraged against our interests. With greater scale and autonomy, we introduce new risks to family health, personal privacy, economic … More →

Egnyte, the only secure content platform built for business, announced new content intelligence and security capabilities that will improve discovery, structure, task automation, and protection of enterprise content. This is the latest development to the Egnyte platform as the company continues to augment its industry-leading content intelligence engine. With metadata intelligence enhancements, users can implement custom metadata and classification in a flexible, no-code approach. Users can recognize savings in time and resources by being liberated … More →

Cybercrime is continuing to mature and becoming more and more bold, shifting its focus to larger and more profitable targets as well as new technologies. Data is the key element in cybercrime, both from a crime and an investigate perspective. These key threats demonstrate the complexity of countering cybercrime and highlight that criminals only innovate their criminal behavior when existing modi operandi have become unsuccessful or more profitable opportunities emerge. In essence, new threats do … More →

Organized crime has grown more complex since the turn of the century. Coinciding with the rise of the digital world, cybercriminals have leveraged the proliferation of technology to broaden their reach with a more sophisticated network-structured model, effectively globalizing their operations in cyberspace and ultimately devastating companies and consumers alike. The faster you act, the quicker you will be able to disrupt the adversary and prevent future attacks, directly yielding greater financial savings and identity … More →