Moogsoft announced its partnership with monitoring solution provider IRIS Network Systems. Through this partnership, Moogsoft will enhance IRIS’s monitoring solution with AIOps capabilities, such as noise reduction, anomaly detection and insight enrichment. IRIS builds scalable monitoring systems that provide real-time alerting, reporting and troubleshooting for maximum network and infrastructure visibility. IRIS, which has an international footprint, is expanding into additional markets in Africa as it expands its AIOps service offerings through its partnership with Moogsoft. … More →

Open Systems announced the expansion of its executive team with the additions of Michael Davis and Chris Raniere as the company’s Chief Architect and Chief Revenue Officer (CRO), respectively. These industry veterans have a deep understanding of the needs of mid-maturity organizations and how to deliver world-class managed security services. They are joining as adoption of the company’s Microsoft Cloud-native MDR service has grown 200 percent over the last year and continues to gain traction. … More →

SynSaber announced the appointment of software industry veteran Michael Quigley as Chief Architect. Quigley brings unparalleled and proven experience to SynSaber in the creation of software foundations for rapid, adaptive and innovative products. As Chief Architect, Quigley will be responsible for designing and developing SynSaber’s core software products, and will work to deliver the company’s first product to market in the coming months. “With decades of experience, Michael is recognized as the kind of engineer … More →

Equinix announced it has expanded its neutral ecosystem of technologies and partner solutions that support the deployment, management and operations of Kubernetes on Equinix Metal. As a de facto standard for hybrid and multicloud workloads, Kubernetes helps organizations operate and scale their applications across any infrastructure. By expanding support for Kubernetes solutions from leading providers on Equinix Metal, Equinix is making it easier for its more than 10,000 customers to move applications to the edge … More → 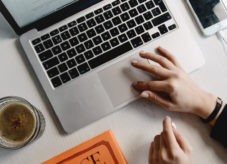 76% of Americans recognize that data breaches are serious, showing a high awareness that may be driven by news of major consumer, enterprise, and infrastructure breaches over the past year alone, according to a survey of over 2,000 U.S. adults conducted by Aura and The Harris Poll. In fact, 87% of 10 Americans see cyber warfare as a threat to the safety and well-being of the next generation — more so than global warming (77%) … More →

Puppet announced a malware scanner feature for newly published modules on the Forge, Puppet’s module marketplace, in order to combat security risks and increase the security profile of customers using those modules. The rollout targets Supported modules and will cover all newly published modules by the end of the year. In the first quarter of 2021, supply chain attacks rose by 42 percent and impacted roughly seven million people, leading IT admins to require more … More → 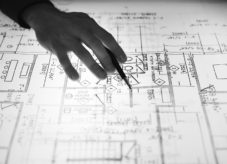 Despite high demand for strong data leadership, there is still much confusion and uncertainty about the Chief Data Officer (CDO) role. This is according to a study launched by Exasol, which found 50% of CDOs believe the value of their role is not yet recognized in the business world, while 46% say that organizations’ expectations for the CDO role are too high and are misinformed. This may explain why many organizations struggle to find the … More →

Working in cyber security is an exciting if humbling experience. It is a discipline where you can never have enough details, best practices, and lessons learned by examining mistakes made by others. Learning from peers has always been paramount. Recently I was fortunate enough to facilitate a fireside chat with Arkadiy Goykhberg, CISO of news media and business services giant DMGT. The challenge: Enterprise Drift due to Ongoing Threats Per Arkadiy, most enterprises look at … More →

Apache OpenOffice, one of the most popular open-source office productivity software suites, sports a RCE vulnerability (CVE-2021-33035) that could be triggered via a specially crafted document. The vulnerability has been fixed in the software’s source code, but there is no official software version with the fix (though test build installers are available). About CVE-2021-33035 CVE-2021-33035 was discovered by researcher Eugene Lim via fuzzing and source code review of Apache OpenOffice. He started fuzzing a specific … More →

As companies collect more personal data, concerns around its privacy are growing too. People are becoming aware of the value their data holds and how it can be used for different purposes, and the way it is managed can greatly impact companies’ reputation. To select a suitable data privacy management solution for your business, you need to think about a variety of factors. We’ve talked to several industry professionals to get their insight on the … More → 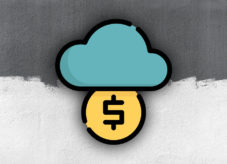 Over the past decade, cloud computing has become the foundation for the delivery of mobile and content services as well as an alternative to traditional enterprise computing environments. As businesses pivot to a digital-first economy, cloud will continue to play an ever greater, and even dominant, role as the IT industry focuses on delivering greater efficiency, flexibility, and faster innovation. Whole cloud spending to sustain a CAGR of 16.9% by 2025 Given its central role … More →