GreatHorn, provider of the only email security platform that protects organizations before, during, and after an email attack, announced it has closed a $13 million funding round co-led by RRE Ventures and .406 Ventures, with participation from existing investors including Techstars Ventures, V1.VC and Uncork Capital. On the heels of its third consecutive year of triple-digit revenue growth and rapid expansion into the enterprise market, GreatHorn plans to continue to build upon its position as … More →

Edgeworx announced a new Eclipse ioFog software release that makes any Kubernetes distribution edge-aware, allowing customers to create a true cloud-to-edge continuum and deploy applications and microservices from the cloud to any edge device. With a one-line install, ioFog Engine can be installed onto any piece of edge hardware that runs Linux, allowing developers to simply and securely deploy, manage, and orchestrate applications and microservices. “Eclipse ioFog is a proven platform at the edge. With … More → 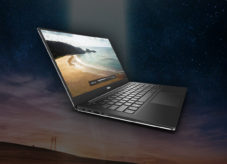 Dell pushed out fixes for a high-risk vulnerability in its pre-installed SupportAssist software and urges users who don’t have auto updating enabled to upgrade the software manually. About the vulnerability (CVE-2019-12280) Dell SupportAssist software, which comes pre-installed on most Dell laptops and computers running Windows, has administrator-level access to the operating system (via a signed driver) because it must be able to identify issues, run diagnostics, driver-update scans, and install drivers. In May, researcher Bill … More →

WekaIO, the leader in high-performance, scalable file storage for data intensive applications, announced updates to its software platform with advanced security functionality for multi-use enterprise high performance computing (HPC). WekaIO has built the industry’s first flash-native parallel file system that delivers unmatched performance to the most demanding applications, scaling to exabytes of data in a single namespace. Multitenancy allows enterprises to drive business profits by leveraging data across many different applications and groups and accelerating … More →

Cohesity announced that its software-defined data management platform now supports AWS GovCloud (US), providing government agencies with a unique and modern approach to back up, manage, and gain insights from their data across hybrid cloud environments. Through this integration, Cohesity is providing a comprehensive solution that offers AWS customers broad data management capabilities for secured government clouds that include backup and recovery, long-term retention, analytics, and protection of Amazon EC2 compute infrastructure, all on a … More →

VMS Software (VSI) is pleased to announce OpenVMS First Boot on the x86 architecture. This important achievement is a major step towards giving OpenVMS users the ability to operate on modern x86 hardware or in the Cloud. “It has been a long journey to get here and we will now be moving rapidly to the V9.0 Early Developer Kit and then to full system operation said Clair Grant, VSI’s CTO. Grant continued, “There is still … More →

Microsoft’s May 2019 security fixes have again disrupted the normal functioning of some endpoint security products on certain Windows versions. Current problems “We have had a few customers reporting that following on from the Microsoft Windows 14th May patches they are experiencing a hang on boot where the machines appear to get stuck on ‘Configuring 30%’,” UK-based Sophos explained. “We have currently only identified the issue on a few customers running Windows 7 and Windows … More →

QuintessenceLabs has announced a partnership to allow customers of RSA Data Protection Manager software (DPM) to receive extended support beyond the RSA DPM End-Of-Life date of September 30, 2019. As part of this agreement, QuintessenceLabs will provide the same level of enterprise-class support, Service Level Objectives and product quality as RSA provided. RSA DPM customers can renew their DPM maintenance contract directly with QuintessenceLabs to benefit from long-term DPM support. QuintessenceLabs is also providing a … More →

Thirdwayv, a leading provider of end-to-end connectivity and security solutions for IoT applications, announced it has added AppAuth software to its growing suite of patented products that provide essential layers of security-by-design protection in a wide variety of mission-critical commercial and enterprise Internet of Things (IoT) applications. Consisting of three software modules that bring trust to a system’s IoT devices, smartphone apps and cloud, AppAuth works seamlessly with Thirdwayv’s SecureConnectivity platform that is already being … More →