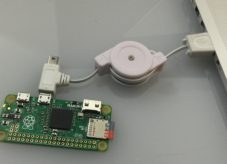 A new attack tool devised by security researcher Samy Kamkar will leave you wishing you could take your computer with you everywhere you go. Dubbed PoisonTap, the tool consists of a Raspberry Pi Zero controller with a USB or Thunderbolt plug, loaded with open source software. All in all, this setup can be achieved by anyone who has $5 to spare. What is PoisonTap capable of, you ask? Plugged into a locked/password protected computer, it … More → 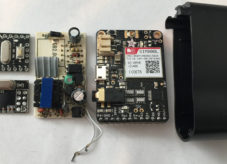 A private industry notification issued by the FBI in late April may indicate that keyloggers disguised as USB device chargers have been fund being used in the wild. The notification does not say when or where the devices have been spotted, just that “the information in this notification was obtained through an FBI investigation.” The device in question is called KeySweeper. Created by well-known whitehat hacker Samy Kamkar, it is “a stealthy Arduino-based device, camouflaged … More →

Here’s an overview of some of last week’s most interesting news and articles:Four ways an attacker can infiltrate an organization by diverting security solutionsEven if we theoretically had the perfect security product that blocks direct infiltration into the company, threat actors who want to get in will find a way. Call it infiltration by design.Video training course: Penetration testing and ethical hackingAt the conclusion of this training course, you’ll be able to create a strategy … More →

Hacker and security researcher Samy Kamkar, who’s noted for being the author of the first Web 2.0 worm, creating zombie cookies, and USBdriveby, has now come out with a new project.Dubbed MagSpoof, this device can wirelessly spoof credit cards/magstripes, disable chip-and-PIN protection, and predict the credit card number and expiration date of Amex cards after they have reported stolen or lost, as demonstrated in this video:Kamkar has offered enough information that curious hackers can create … More →

The Seventh Annual Information Security Summit offers educational sessions presented by a world-class line up of keynote and featured presenters.This year’s Summit and training classes, which will take place June 4-5, 2015 at the Los Angeles Convention Center, will feature cutting-edge sessions, a wide variety of tracks, and more. Attendees will be provided with the opportunity to engage in thought provoking discussions, hear from industry leaders, have peer-to-peer conversations and network with some of the … More →

Here’s an overview of some of last week’s most interesting news, reviews and articles: The problem with security shortcuts A combination of irresponsible user behavior and weaknesses in the protection of networks could create more risks for data breaches during the holiday period than at any other time, according to BalaBit. Companies invested millions in privacy in 2014 As the number of data breaches in the U.S. reached 708 in 2014, new research shows that … More →

Security researcher Samy Kamkar has devised a fast and easy way to compromise an unlocked computer and open a backdoor on it: a simple and cheap ($20) pre-programmed Teensy microcontroller. Dubbed USBdriveby, the microcontroller emulates a keyboard and mouse when plugged into a machine, and misuses the trust machines usually give USB devices to launch apps, evade the local firewall, install a reverse shell in crontab, and modify DNS settings without any additional permissions and … More →

Here’s an overview of some of last week’s most interesting news and articles: Cybercriminals steal Interpol Chief’s identity to access info on fugitives Ronald Noble, Interpol’s Secretary General, has revealed that cybercriminals have opened two fake Facebook accounts using his name and used them to gather sensitive information. Google rolls out 2-factor authentication for Gmail and Apps In view of the ever increasing number of successful phishing attacks that leave users with compromised accounts, Google … More →

A proof-of-concept JavaScript API that manufactures persistent cookies and stores them in several types of storage mechanisms has been developed by security hacker Samy Kamkar, and he dubbed it evercookie. Moreover, if you ever manage to find all the planted cookies and delete them, evercookie simply recreates them by using several storage mechanisms. The cookies are placed within the browser, in the browser history, cookie cache, and even in auto-generated, force-cached images from which the … More →

Remember the Samy worm? The author of the first major worm that took advantage of cross-site scripting to propagate itself all across MySpace has found and exploited another XSS bug – this time in wireless routers – to prove that he could discover the geographic location of the user without using IP based geolocation or browsers’ geolocation features. The attack works like this: if you have visited a malicious website loaded with a hidden XSS … More →