80% of organizations increased their use of open source software over the last 12 months, according to Perforce Software and the Open Source Initiative. Four out of five companies rely on OSS for a wide range of business-critical applications including data and database management, containers and container orchestration, and DevOps and SDLC tooling. The report reveals, however, that some obstacles persist. In every technology category surveyed, organizations repeatedly cited lack of personnel with expertise as … More →

Cloud Range has introduced Cloud Range for Critical Infrastructure—the live-fire simulation training specifically designed to proactively train and prepare incident responders (IR) and security operations (SOC) teams in operational technology (OT) and information technology (IT) environments to defend against cyber attacks to critical infrastructure. The digital convergence of OT and IT in critical infrastructure sectors has increased the focus of cyber attacks against OT and industrial control system (ICS) environments. This has accelerated the need … More →

Prove Identity appointed Amanda Fennell as the company’s Chief Information Security Officer (CISO) and Chief Information Officer (CIO). Fennell, who most recently served as the CISO & CIO at Relativity, brings over twenty years of security industry experience to the role having spent the past several years working in digital forensics and cybersecurity at companies such as Symantec, Dell SecureWorks, Zurich Insurance Group, Booz Allen Hamilton, and Guidance Software. “We are excited to welcome Amanda … More → 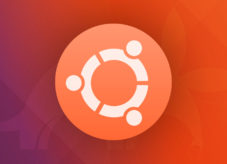 Ubuntu Pro, Canonical’s comprehensive subscription for secure open source and compliance, is now generally available. Ubuntu Pro helps teams get timely CVE patches, harden their systems at scale and remain compliant with regimes such as FedRAMP, HIPAA and PCI-DSS. The subscription expands Canonical’s ten-year security coverage and optional technical support to an additional 23,000 packages beyond the main operating system. It is ideal for organisations who are looking to improve their security posture, not just … More → 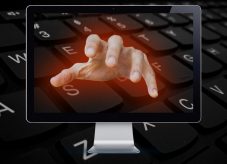 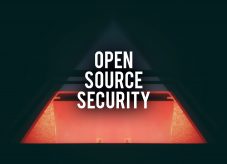 Open-source software enables better security for both large and small organizations. It is the foundation of today’s society and is found throughout a modern application stack, from the operating system to networking functions. It’s estimated that around 90% of organizations use open source in some way, according to GitHub’s 2022 Octoverse report. Open-source software can be examined by everyone, both attackers and defenders. But this does not necessarily give attackers the upper hand. Rather, it … More →

Forescout Technologies has unveiled that Barry Mainz will join the company as CEO, effective immediately. Barry Mainz brings more than 25 years of experience in executive leadership across infrastructure software and cybersecurity companies. Mainz has served as CEO and member of the Board of Directors for MobileIron and also led Wind River Systems, a division of Intel, as President during important years of growth. Additionally, Mainz has held leadership roles, as well as advisory and … More →

GoTo (formerly LogMeIn) has confirmed on Monday that attackers have stolen customers’ encrypted backups from a third-party cloud storage service related to its Central, Pro, join.me, Hamachi, and RemotelyAnywhere offerings. However, the attackers have also managed to grab an encryption key for a portion of the encrypted backups. What happened? In early December, LastPass and its affiliate GoTo made public a security incident involving the third-party cloud storage service both companies use, as well as … More → 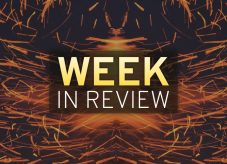 Here’s an overview of some of last week’s most interesting news, articles, interviews and videos: Cacti servers under attack by attackers exploiting CVE-2022-46169 If you’re running the Cacti network monitoring solution and you haven’t updated it since early December, now is the time to do it to foil attackers exploiting a critical command injection flaw (CVE-2022-46169). CircleCI breach post-mortem: Attackers got in by stealing engineer’s session cookie The attackers who pulled off the recent breach … More → 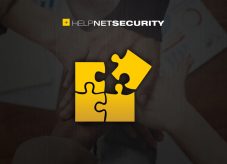 Exterro’s acquisition of Zapproved is the latest step in furthering Exterro’s vision to empower customers to proactively and defensibly manage their legal governance, risk and compliance obligations. It also represents another strategic milestone for Exterro in its partnership with Leeds Equity Partners, which originally acquired the business in 2018 and completed a recapitalization in 2022. Upon closing of the acquisition of Zapproved, Vista Equity Partners (“Vista”) will maintain a minority stake in the combined company. … More →