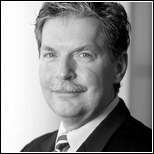 Last week in London at the Infosecurity press conference, Ed Gibson, the Chief Security Advisor at Microsoft, shared his views on the security challenges the Redmond giant is tackling at the moment, and emphasized the positive turn they are taking with the just released Windows Vista.

The retired FBI agent showcased the security measures and how they have been implemented in a variety of Microsoft products. We still have to see how Windows Vista will perform in the real world with its large number of evolving threats, but it does lok like there has been significant progress in the way Microsoft is approaching the security aspect of software development.

Touted as the most secure Windows release to date by Bill Gates, Vista has also been labeled as a fundamentally secure platform by Mr. Gibson. If this is only in the context of previous Windows versions or compared to other operating systems, will become clear as Vista is deployed worldwide in the upcoming months.

Despite not being popular for its security, Microsoft is changing and Mr. Gibson noted that they aim to deliver complete security with their software collection. Time will tell if they will be successfull in this ambitious endeavour.