Hack in the Box is once again organizing one of the most well-known security conferences – HITBSecConf2008, taking place between 14-15 April 2007 in Dubai.

The main aim of the conference is to enable the dissemination, discussion and sharing of network security information. Presented by respected members of both the mainstream network security arena as well as the underground or black hat community, this years conference promises to deliver a look at several new attack methods that have not been seen or discussed in public before. 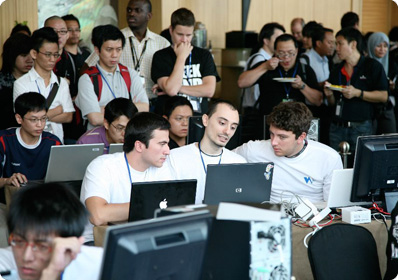 The keynote speakers are two heavyweights:

There’s also a hacking competition known overseas as Capture The Flag. A contest first developed and presented at Defcon in Las Vegas, the idea behind a CTF competition is to allow for individuals (either solo or in teams) to hack into prepared servers running on an internal network in order to retrieve marked files or flags on these target machines. Participants are also allowed to attack each other if it requires them to do so.

The winner or winners, who obtain the most number of flags in the shortest period of time – wins. The Intrusion Detection System log files and findings will be presented at the end of the conference.