A new algorithm developed by computer scientists at the University of California, San Diego helps answer that question, at least for computer networks, and it promises to significantly boost the efficiency of network routing. 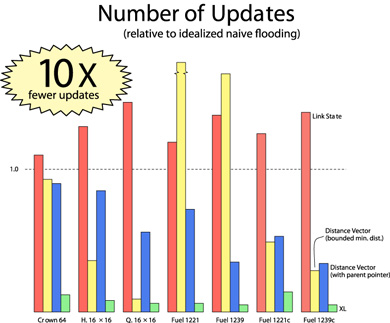 Called XL, for approximate link state, the algorithm increases network routing efficiency by suppressing updates from parts of the system – updates which force connected networks to continuously re-calculate the paths they use in the great matrix of the Internet.

What the team did with their new routing algorithm was to reduce the “communication overhead” of route computation – by an order of magnitude.

The computer scientists also believe that there are “significant opportunities” to improve the efficiency of link-state routing even further. They look forward to discovering an algorithm that improves on their Approximate Link work with similar boosts in efficiency.