Trend Micro has announced that its web security services will be made available to users of both PlayStation 3 (PS3) and PlayStation Portable (PSP). With the increasing number of gamers now connected to the web, Sony has taken the precautionary step to provide their handheld and video game console users with protection against online crime. 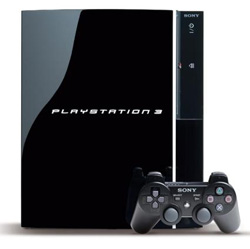 Since November 2007, Trend Micro has provided a trial of its Total Web Security Service for PS3 and PSP worldwide. This will now be reorganized into two new services that will be released in a “pay per use’ format for PS3 on Monday May 11th 2009 and as a free service for PSP users on X April 2009. Trend Micro Kids’ Safety uses URL filtering technology and controls access by children of harmful websites. Trend Micro Web Security uses Web Reputation technology and executes measures against internet crime by blocking access to dishonest and fraudulent websites. The two web security services will be available to users globally in 16 different languages.

When user accesses website from PS3 or PSP, verification from domain name is performed against the high speed Web Reputation Database for assessment of website safety. Web Reputation supports Trend Micro’s special cloud based security technology architecture Trend Micro Smart Protection Network, correlation with the File Reputation Services and E-mail Reputation Services. In this way, connection to malicious websites, such as fraudulent sites, is immediately blocked and the fraudulent acquisition of account information or passwords is prevented.