Ttyutils is Unix/Linux terminal session hijacking toolkit. It is also a customizable and extendible platform. 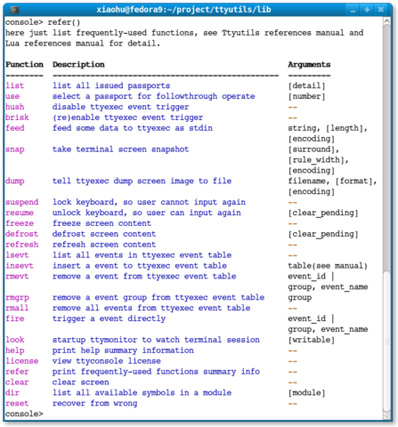 By creating a pseudo terminal to run a program, ttyutils can fully capture the program’s output data and control the input to that program. After program output data been captured, ttyutils can save it to an encrypted and compressed file to be played back later or send it to a monitoring program in real time.

Ttyutils will also use this data to create a virtual terminal, and the user can set up a screen feature condition match on this virtual terminal to trigger user-defined actions.