Cryptmount is a utility for GNU/Linux operating systems which allows an ordinary user to mount an encrypted filing system without requiring superuser privileges. It is aimed at recent Linux systems using the 2.6 kernel series. 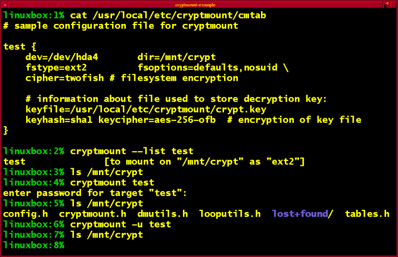 Cryptmount was written to make it as easy for ordinary users to access encrypted filesystems on-demand using the newer devmapper mechansism as it was to use the older, now deprecated, cryptoloop methods. This offers the following advantages: