It’s a sign of the times we live in when the U.S. Postal Service decides to carry out a mailing campaign that will deliver a brochure on fraud and identity theft to 129 million households throughout the country.

According to Abc News, the brochures should be delivered by the end of the month, and contain warning signs for this types of fraud and URL addresses for the Federal Trade Commission and a new postal service website that instructs users on various scams: 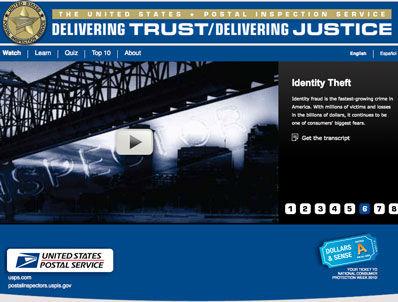 This unprecedented step by the Postal Service was spurred by a recent telemarketing scam that saw a massive number of American senior citizens robbed of a total of $20 millions. Elder victims were selected from a list that contained people who previously responded to sweepstakes mailers – and the fraudsters chose to target those who’s returned mailers were written in shaky handwriting.