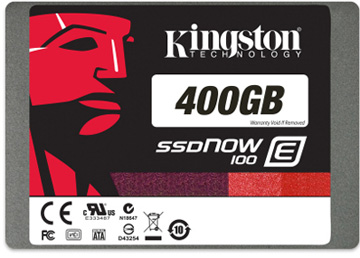 The SSD achieves up to 10X improvements in endurance and reliability over client SSDs on existing hardware, while reducing the physical footprint as fewer SSDs are needed to handle the tasks of many traditional HDDs.

In a recent virtualized database performance test that compared Kingston’s Enterprise SSD with traditional HDDs, the review “found that replacing a solution consisting of a server with an external chassis containing 24 HDDs with only six internal SSDs increased total database performance by up to 91.8 percent.” The amount of power consumed “while idle and while running database workloads for both revealed that Kingston’s SSDs used up to 51.0 percent less power than the HDDs, and increased performance per watt by a staggering 184.2 percent.”

“Companies worldwide have come to depend on Kingston server memory for reliability and performance,” said Ariel Perez, SSD business manager, Kingston. “We are proud to introduce the SSDNow E100 enterprise-class SSD to help organizations handle such initiatives as big data and virtualized environments. The drive’s higher endurance and reliability, along with higher IOPS make it an integral part of a datacenter where uninterrupted 24/7 operation is mission critical.”