New research reveals that one in four Brits will be sending a saucy message or photo to their other half. However, lovers might want to think twice before hitting send on intimate content, warns internet security provider, McAfee, who has today published the findings of its “Love, Relationships and Technology” report. 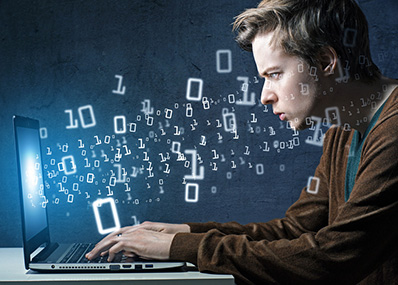 The study reveals over half (55%) of Brits who have sent or received intimate or sexually explicit content still have it stored on their mobile device, despite the fact that one in three (31%) do not even have the most basic password protection on their smartphones. Of those that do have protection 42% use the same details for multiple internet connected devices, increasing the likelihood these devices will be hacked.

Brits were also revealed to be overly trusting with personal information, as 34% of those questioned had shared personal passwords with a spouse or significant other and 96% trusted their other half not to post intimate messages or sexts online. However despite this trust, 45% of those surveyed confessed to logging in to their partners’ social or app profiles using their password to snoop on the content being sent and received.

“In this era of the “always on’ consumer, the rules around privacy in dating have lost some social potency. Nearly half of those surveyed have rifled through a partner’s private online accounts, making snooping a commonplace occurrence. In an age when sharing content with thousands can take a matter of seconds, the risk of personal content leaking online has never been higher, and whether a partner is trusted or not it’s vital to protect yourself and your devices” commented Samantha Swift, Online Safety Expert, McAfee.”

Andy Jones, relationship expert and a former dating columnist said of the findings: “We live in a risquÃ© age, where celebrity sexting scandals are two a penny and snaps of private body parts go viral overnight. Behind every media leak, from Prince Harry’s infamous night in Vegas to Scarlett Johansson naked selfies, is a smartphone. We’re a generation living with digital baggage, whether you’re the victim of a hack or a vengeful lover, pictures leaked online last a lifetime. Digital daters need to get wise to e-etiquette and start protecting their online reputations. As a rule of thumb, if it’s something you wouldn’t want your family to see you probably shouldn’t share it!”

McAfee advises consumers not to share passwords or codes for mobile devices with others to help keep personal content secure. Mobile users are also encouraged to not use weak passwords that can be easily determined such as birthdays, numbers in a row or repeat numbers for their devices. Rather, six-digit passcodes and words translated into numbers using your mobile keypad are stronger and should be utilised.

20% of Brits surveyed admitted to taking their partner’s mobile to see what type of photos or messages were on it; this was most common in women, with around a quarter (24%) of all females admitting to looking through their partner’s device. Meanwhile men were more likely to have secretly checked their partner’s email or social accounts, as 50% confessed to logging on to their spouse’s or significant other’s social media profiles, while 35% had checked their emails. Overall 58% of male activity was done in secret.

Youth most exposed to risk

When it came to sending sexts and explicit content the younger generations were most active and placing themselves at greatest risk of exposure, 38% of 18-24 year olds admitted to sending sexts or explicit content, while a fifth (21%) of 25-34 year olds had gone as far as filming sexual video content on their mobile device. The research also indicated that explicit content was more likely to be shared in less formally established relationships; 49% of respondents sent sexts and intimate messages to a boyfriend or girlfriend, while 31% sent it to a friend they “hook-up with” and 13% shared content with complete strangers. That’s compared to the 24% who sent it to a husband or wife.

Although those surveyed clearly trust their partners in the confines of a relationship, when that relationship breaks down the risk of digital retribution rises. The research reveals that one in five (20%) had shared a password with an ex; whilst 73% changed that password on breaking up and over a quarter (27%) hadn’t bothered, leaving themselves open to digital snooping. When it came to explicit content, only 14% of men and 35% of women asked for that content to be deleted at the end of the relationship. Although acts of vengeance were not abundant, 7% of respondents had sought vengeful action against an ex using private content.