Scammers are taking advantage of Bitdefender’s good reputation and are luring victims in with promises of free downloads of “Bitdefender Antivirus Plus 2015,” the company warns.

On YouTube, the bogus video urges users to click on an URL-shortened link which leads to a site that immediately asks the victims to verify that they are not a bot: 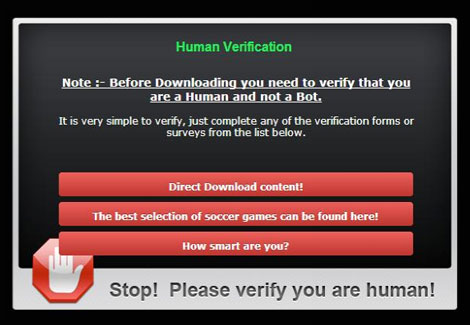 As you can already surmise, any of the offered options to do so will turn out to be bad for the hopeful victims: either they will download malicious or unwanted software, fill out a survey and possibly share some of their private information, or unknowingly sign up to premium SMS scams.

What they definitely won’t be receiving is Bitdefender Antivirus Plus 2015, which is still in the works.

“For a month now, several ‘entrepreneurs’ have also been spreading license keys for Bitdefender Total Security on Facebook,” the company notes, and advises users to bypass these kind of scams by never downloading security software from third parties.