Websense documented the latest shift in complex attack trends, evolution in the threat ecosystem and shifting motivation of cyber-attacks.

“Cybercriminals continue to evolve their attack planning and execution to stay ahead of most existing security measures,” said Charles Renert, vice president of security research for Websense. “While the determined, persistent attackers continue to have success in advanced, strategic attacks using zero-day exploits and advanced malware, there has also been a boom in cybercriminal activity on a massive scale. Even these more ‘common’ forms of attack are easily slipping past organizations without real-time defenses.” 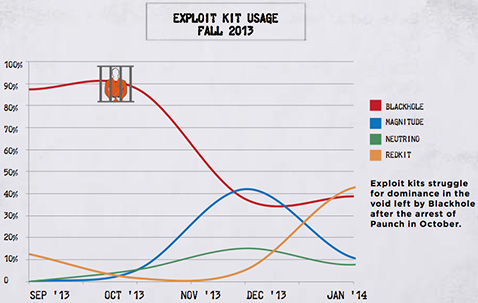 The report also documents how the infrastructure of an attack campaign is constantly developed, enhanced and reused throughout the entire threat lifecycle.

To avoid detection when reusing components in subsequent attacks, criminals are increasingly taking an approach that involves modification and modulation of existing attack tools. Often, this means choosing to take advantage of a specific strength of a particular piece of malware to target new industries.

In addition, Websense security researchers observed the Zeus malware, which was originally designed as a financial threat and keylogging Trojan, dramatically increased in use as it was repurposed for other vertical markets.

In the last year the government and the communications industry joined financial firms among the top five verticals targeted with Zeus malware. The top two industries hit hardest with Zeus attacks were the services and manufacturing sectors.