Attackers have become more proficient at taking advantage of gaps in security to evade detection and conceal malicious activity, according to Cisco. 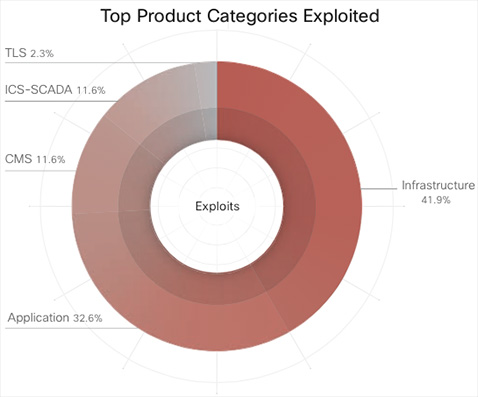 Defenders, namely, security teams, must be constantly improving their approach to protect their organization from these increasingly sophisticated cyber attack campaigns. These issues are further complicated by the geopolitical motivations of the attackers and conflicting requirements imposed by local laws with respect to data sovereignty, data localization and encryption.

Cyber criminals are expanding their tactics and adapting their techniques to carry out cyber attack campaigns in ways that make it harder to detect and analyse. The top three trends last year that Cisco’s threat intelligence has identified are:

Snowshoe spam: Emerging as a preferred strike method, attackers are sending low volumes of spam from a large set of IP addresses to avoid detection, creating an opportunity to leverage compromised accounts in multiple ways.

Web exploits hiding in plain sight: Widely used exploit kits are getting dismantled by security companies in short order. As a result, online criminals are using other less common kits to successfully carry out their tactics – a sustainable business model as it does not attract too much attention.

Malicious combinations: Flash and JavaScript have historically been insecure on their own, but with advances in security detection and defences, attackers have adapted by deploying exploits which combine their respective weaknesses. Sharing exploits over two different files – one Flash and one JavaScript – can make it more difficult for security devices to identify and block the exploit and to analyse it with reverse engineering tools.

Users are caught in the middle. Not only are they the targets, but end-users are unknowingly aiding cyber attacks. Throughout 2014, Cisco threat intelligence research revealed that attackers have increasingly shifted their focus from seeking to compromise servers and operating systems to seeking to exploit users at the browser and email level. Users downloading from compromised sites contributed to a 228% increase in Silverlight attacks along with a 250% increase in spam and malvertising exploits.

Results from the Cisco Security Capabilities Benchmark Study, which surveyed CISOs and SecOps executives at 1700 companies in nine countries reveals a widening gap in defender perceptions of their likely security capabilities. Specifically, the study indicates that 75% of CISOs see their security tools as very or extremely effective. However, less than 50% of respondents use standard tools such as patching and configuration to help prevent security breaches and ensure that they are running the latest versions. Heartbleed was the landmark vulnerability last year, yet 56% of all installed OpenSSL versions are over four years old. That is a strong indicator that security teams are not patching.

The report findings conclude that it’s time for corporate boards to take a role in setting security priorities and expectations. The Cisco “Security Manifesto”, a formal set of security principles as a foundation to achieving security, can help corporate boards, security teams and users in an organisation better understand and respond to the cybersecurity challenges of today’s world. It can serve as a baseline for organisations as they strive to become more dynamic in their approach to security and more adaptive and innovative than adversaries. The principles are: