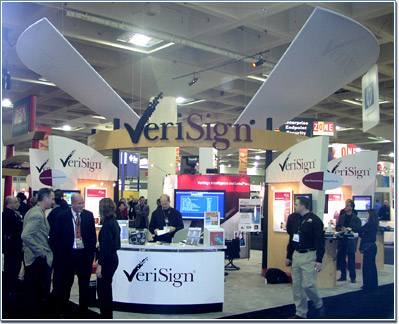 The large VeriSign booth at the RSA Conference 2004

Some of the key benefits of this architecture include: