If you receive a snail mail letter, you look to the return address in the top left corner as an indicator of where it originated. However, the sender could write any name and address there; you have no assurance that the letter really is from that person and address. E-mail messages contain return addresses, too – but they can likewise be deliberately misleading, or “spoofed.” Senders do this for various reasons, including:

Note: “Phishing” – the practice of attempting to obtain users’ credit card or online banking information, often incorporates e-mail spoofing. For example, a “phisher” may send e-mail that looks as if it comes from the bank’s or credit card’s administrative department, asking the user to log onto a Web page (which purports to be the bank’s or credit card company’s site but really is set up by the “phisher”) and enter passwords, account numbers, and other personal information.

Whatever the motivation, the objective of spoofed mail is to hide the real identity of the sender. This can be done because the Simple Mail Transfer Protocol (SMTP) does not require authentication (unlike some other, more secure protocols). A sender can use a fictitious return address or a valid address that belongs to someone else.

Receiving mail from spoofed addresses ranges from annoying to dangerous (if you’re taken in by a “phisher”). Having your own address spoofed can be even worse. If a spammer uses your address as the return address, you may suddenly find yourself inundated with angry complaints from recipients or even have your address added to “spammer” lists that results in your mail being banned from many servers.

In its simplest (and most easily detected) form, e-mail spoofing involves simply setting the display name or “from” field of outgoing messages to show a name or address other than the actual one from which the message is sent. Most POP e-mail clients allow you to change the text displayed in this field to whatever you want. For example, when you set up a mail account in Outlook Express, you are asked to enter a display name, which can be anything you want, as shown in Figure 1. 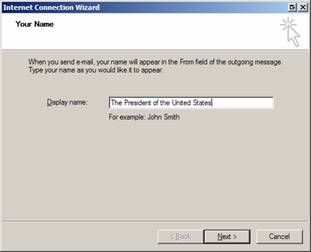 Fig 1: Setting the display name in your e-mail client

The name you set will be displayed in the recipient’s mail program as the person from whom the mail was sent. Likewise, you can type anything you like in the field on the following page that asks for your e-mail address. These fields are separate from the field where you enter your account name assigned to you by your ISP. Figure 2 shows what the recipient sees in the “From” field of an e-mail client such as Outlook. 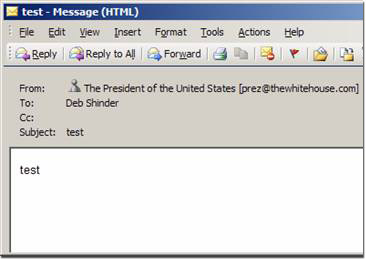 Fig 2: The recipient sees whatever information you entered

When this simplistic method is used, you can tell where the mail originated (for example, that it did not come from thewhitehouse.com) by checking the actual mail headers. Many e-mail clients don’t show these by default. In Outlook, open the message and then click View | Options to see the headers, as shown in Figure 3. 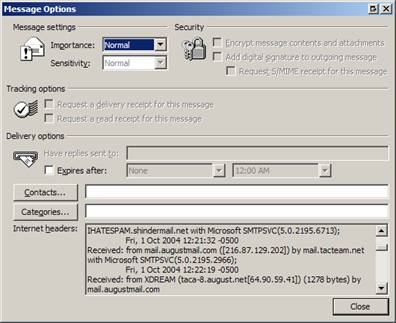 In this example, you can see that the message actually originated from a computer named XDREAM and was sent from the mail.augustmail.com SMTP server.

Unfortunately, even the headers don’t always tell you the truth about where the message came from. Spammers and other spoofers often use open relays to send their bogus or malicious messages. An open relay is an SMTP server that is not correctly configured and so allows third-parties to send e-mail through it that is not sent from nor to a local user. In that case, the “Received from” field in the header only points you to the SMTP server that was victimized.

Note: For more information about open relays, see this page.

There Ought to be a Law

In fact, several U.S. states do have laws against e-mail spoofing. Many state anti-spam laws, such as those of Washington, Maryland and Illinois, specifically prohibit using third party mail servers or a third party’s domain name without the permission of the third party. The federal CAN SPAM Act also makes it illegal to send unsolicited e-mail with false or misleading headers or deceptive subject lines.

The problem with such legislation is that by its very nature, spoofing conceals the identity of the sender and thus makes it difficult to sue or prosecute. Nonetheless, it’s a good idea to report deceptive e-mail to the Federal Trade Commission, which has a special e-mail account set up for that purpose at uce@ftc.gov. You can also go to the Commission’s Web site and click the “File a Complaint” link.

Although legislation may help to deter some spoofing, most agree that it is a technological problem that requires a technological solution. One way to control spoofing is to use a mechanism that will authenticate or verify the origins of each e-mail message.

The Sender Policy Framework (SPF) is an emerging standard by which the owners of domains identify their outgoing mail servers in DNS, and then SMTP servers can check the addresses in the mail headers against that information to determine whether a message contains a spoofed address.

The downside is that mail system administrators have to take specific action to publish SPF records for their domains. Users need to implement Simple Authentication and Security Layer (SASL) SMTP for sending mail. Once this is accomplished, administrators can set their domains so that unauthenticated mail sent from them will fail, and the domain’s name can’t be forged.

Note: For more information about SPF, see this page. The specifications for SASL are available in RFC 2222.

Microsoft and others in the industry are working on the Sender ID Framework, which is based on SPF and is under review by the Internet Engineering Task Force (IETF). The technology has been the source of some controversy. AOL recently withdrew its support for Sender ID and went back to SPF, and the Apache Software Foundation announced in September that they were rejecting Sender ID. Most of the controversy is due to patent and licensing issues, but there are some technical differences in the two mechanisms: Sender ID uses RFC 2822 specifications for checking header information in e-mail messages, while SPF uses those of RFC 2821 (“mailfrom” verification).

Note: You can read more about the Sender ID Framework here.

Other technological solutions, such as digitally signed e-mail, with either desktop or gateway verification, have been proposed by such bodies as the Anti-Phishing Working Group.

Whichever mechanism becomes the standard, introducing a technological solution is a step in the right direction that will allow you to know who is sending mail to you, just as the telephone company’s Caller ID allows you to know who is calling.