Nearly half of consumers experiencing website security alerts ignore the alert and proceed to do business on the site, putting at risk their personal and financial data, according to an online survey of U.S. Internet users released today. Nearly an equal number abandon the site immediately after seeing an alert, potentially costing businesses millions in lost transactions and brand erosion. 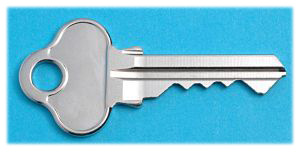 In addition, an automated encryption certificate discovery across the Fortune 1000, performed in conjunction with the consumer survey as part of the Venafi, Inc.-commissioned “Encryption Study 2007,” shows prolific problems with encryption maintenance and configuration, which is a significant cause of these confusing security alerts. As many as 14 percent of the certificates examined in the discovery were expired — nearly 70 percent more than Venafi found in 2005.

The consumer survey conducted by NSON Opinion Research and underwritten by Venafi shows 91 percent of the more than 1,000 respondents have seen a security alert, with 86 percent reporting they see them at least every few months. These alerts, designed to warn users about the authenticity of a website, appear when a website’s encryption certificate is expired, is not trusted by the browser or does not match the location of the site the user is visiting — almost always the result of poor encryption management.

While alerts triggered by expired certificates are disconcerting, security alerts caused by mismatches or untrusted certificates can also be caused by someone trying to impersonate a website — such as might occur in a phishing attack. In these cases, a user could be sending their confidential data to a thief. Despite these risks, 41 percent said they ignore the alert and continue to do business on the site.

The same challenges that exist when a user interacts with a website occur when two servers interact with each other, however servers never ignore security alerts.

Other findings of the consumer survey include:

– While 85 percent “categorically affirmed” that encryption, or the scrambling of data, is critical to their willingness to conduct business online, only 45 percent would leave the site if they were unsure their data would be encrypted.

– When asked why they think security alerts appear, 40 percent of respondents believe it’s because someone is trying to compromise their data, 24 percent believe the website has a glitch and 34 percent have no idea what the problem is.

– Nearly 70 percent of respondents indicated they have received at least one phishing attempt, directing them through email to a website that looked authentic in an attempt to steal their personal and financial data.

– 46 percent of respondents use the following method of assessing the authenticity of a website, “I go to the site regularly and I know what it looks like.”