In a series of articles on Mac security freeware I will be covering a number of newly released security tools for Mac OS X. This time I am taking a look at KeyMaster 1.0.1 password manager, Utility Lock 1.0.3b screen locking mechanism and MD5 2.6 checksum checker. 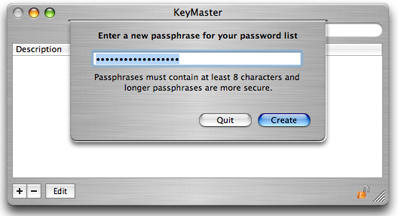 Keymaster is a very simple application that is used for storing passwords. It works by allowing the user to setup a master password which unlocks the password repository. 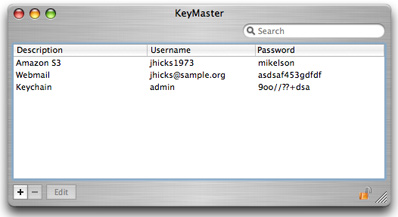 Keymaster uses Blowfish encryption technology to encrypt all of the password list information. Because all of the data is encrypted, no clues can be gathered from the file. The key is generated each time you enter your passphrase. The passphrase is never stored in any form on the hard drive. Keymaster also uses the SQLite database engine to store and retrieve data. This provides more control and future OS independence. 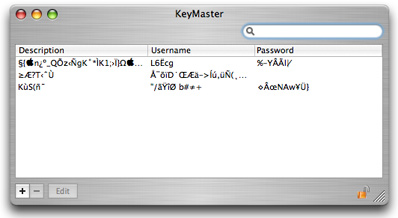 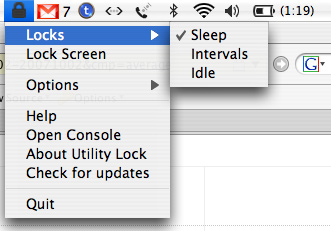 Utility Lock is a custom built Screen Locking mechanism, it was designed after the Apple lock that is available in Apple Remote Desktop. Its prime purpose is to allow for a greater customization in how the screen is locked. 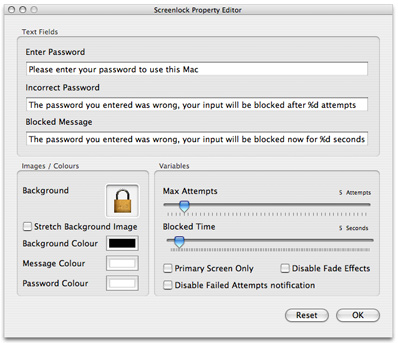 When the software is started you must setup its password and afterwards its icon gets integrated into status bar. With a click of a button Utility Lock offers customization of different time intervals for locking, as well as possibility of doing further makeup to the actual screen that takes over when the screen gets locked. 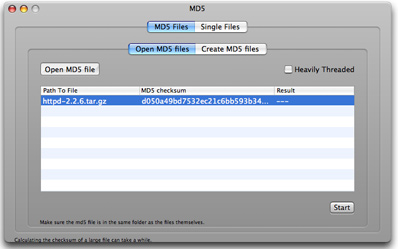 MD5 (Message-Digest algorithm 5) is a widely used cryptographic hash function with a 128-bit hash value. As an Internet standard, MD5 has been employed in a wide variety of security applications, and is also commonly used to check the integrity of files. An MD5 hash is typically expressed as a 32-character hexadecimal number.

If you take care of the system integrity and therefor security of your computers, you might have used MD5 in the past. Bottom line – checking the MD5 hash for a file gives you assurance it has not been tampered with.

MD5 Mac OS X application can be used for both checking the hashes for existing files, as well as for creating new hashes for the files located on your computer. 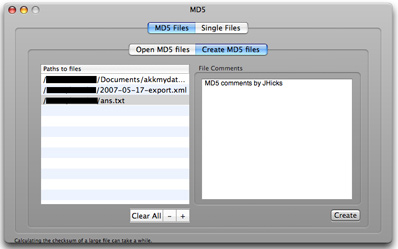 The software works flawlessly, the only thing I would like to see in the new version is support for actual MD5 files that don’t have .md5 extension. A number of download sites offer MD5 hashes in files with a format such as software.md5.txt, so this would be a nice addition.