Certain technologies bring out everyone’s hidden geek, as the iPhone did instantly upon its release. Now programmers are yearning to showcase their applications on it, and Jonathan Zdziarski has written a book to show them how to do just that. iPhone Open Application Development (O’Reilly) covers both Apple’s toolkit and an open, community-developed toolkit that has been widely downloaded and used. 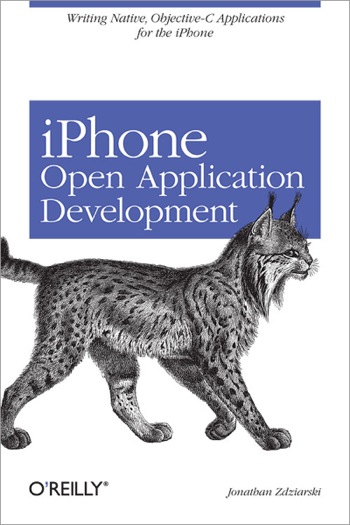 Zdziarski, the developer of the first fully functional application using the open iPhone toolkit, explains in clear language how to create applications using Objective-C and the iPhone API, which in some ways resembles Apple’s desktop API and in other ways strikes new ground. The book covers installation of the toolkits and background on the operating system and Objective-C, then offers detailed recipes and working examples for everyone’s favorite iPhone features. Graphics and audio programming, the CoreImage and CoreSurfaces interfaces for games programming, interfacing with iTunes, and the use of sensors are all covered.

Jonathan A. Zdziarski maintains DSPAM, a high profile, next-generation spam filter that’s up to 99.985% accurate and has been hailed by Slashdot and Wired News. He lectures widely on the topic of spam and is a foremost researcher in the fields of algorithmic theory and neural networking