Medion announced that three new Personal Navigation Devices (PNDs) that use an AuthenTec fingerprint sensor to enhance user security and deter device theft are now shipping. Medion introduced the world’s first fingerprint-enabled PND in 2007 and now has added three new such devices to its portfolio, including the feature-rich Medion GoPal P5235, P5435 and X5535 PNDs. 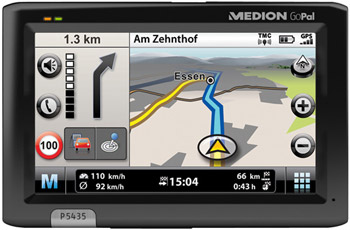 Each of these new devices utilize AuthenTec’s small form factor AES1510 fingerprint sensor for user identification – ensuring that only authorized users can activate the device – and the capability to save five different user fingerprints. Once a user enrolls fingerprints on the PND, the device is rendered useless if lost or stolen. Theft of PNDs continues to rise making them among the most frequently stolen items in automobiles today.