Hyneman and Savage’s session will draw upon their famous “validity tests” of urban legends, and round out this year’s keynote lineup. 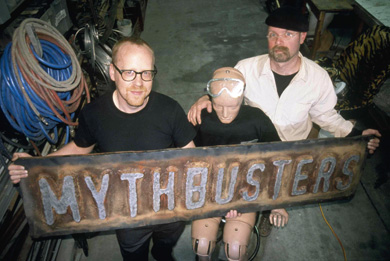 MythBusters is a popular science television program featured on the Discovery Channel. The series has an international audience and is broadcast in the United States, Australia and the UK. MythBusters follows Jamie Hyneman and Adam Savage as they use scientific methods and experiments to test the validity of various rumors, urban legends, myths, movie scenes and news stories in popular culture.