Netifera is a new modular open source platform for creating network security tools. This project provides many advantages for both security developers and researchers who want to implement new tools as well as the community of users of these tools. 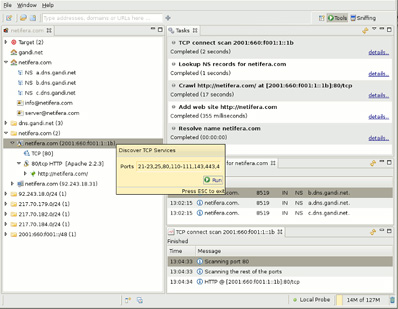