The Cutwail botnet, one of the most notorious botnets accounting for up to 35 percent of all spam in May 2009 across the globe, experienced a major blow to its track record after the shut down late Thursday of Internet service provider Pricewert.

Pricewert, also known as 3FN and APS Telecom, was allegedly responsible for the deployment of botnets and the distribution of illegal, malicious and harmful content such as spam, viruses, personal information and pornography. 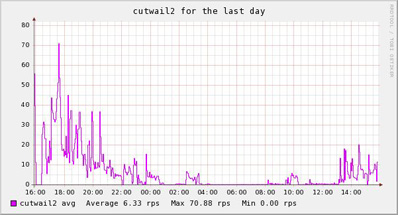 “The McColo shutdown really allowed spammers to prepare for this latest shutdown,” said Matt Sergeant, MessageLabs Senior Anti-Spam Technologist, Symantec, “For now, we will see spam levels lower than usual, but we expected the swift comeback of Cutwail. The spammers learned that they can’t put all their eggs in one basket and need to have backup command and control.”

Running at about 1 Million nodes, Cutwail was the biggest botnet in history at its peak. Before the November 2008 shutdown of ISP McColo, Cutwail was linked to 25 percent of all spam. It was responsible for 35 percent of all spam by the end of May 2009. The Acai spam run, which MessageLabs Intelligence reported on last month, has been among its largest spam runs.