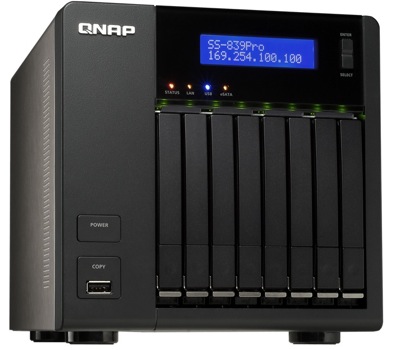 The total storage capacity of the NAS is up to 4TB. It also features 2 eSATA and 5 USB ports for storage expansion and external storage backup. The power consumption of the NAS with 8 hard drives installed is about 34W, which is almost 60% less than general 8-bay, 3.5-inch NAS. The SS-839 Pro is compatible with Windows, Mac, Linux, and UNIX operating systems. It offers abundant software features such as: