An increasing number of civil and criminal proceedings involve the use of digital evidence across jurisdictional boundaries. Digital evidence now affects every aspect of law, including contract, employment, family, crime, intellectual property and land law; in effect, no area of law is excluded, and digital evidence has become of greater importance now the Internet and World Wide Web have become ubiquitous. 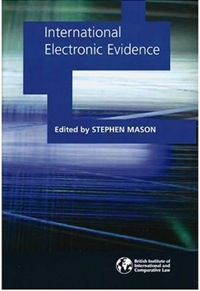 It is increasingly apparent that criminals and terrorists target the electronic environment to steal, carry out extortion and abuse children across jurisdictions. Additionally, both public and commercial organizations now rely on the digital environment to such an extent that it has become critical to business and, perhaps, the survival of the State.

The book provides guidance on digital evidence across the 35 jurisdictions listed below, covering:

Preface can be downloaded in a pdf format over here.