Ars Technica reports that only a few days days passed from the launching to the withdrawal of Google Street View in Switzerland. 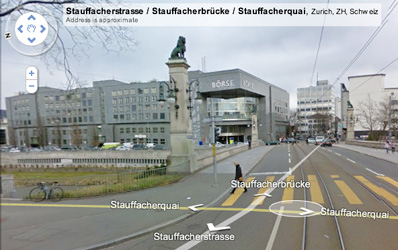 The Google tool with which you can see streets on “eye level” can come real handy, especially when you need to find a new address in a neighborhood you’ve never been in or on a continent you’ve never been to. However, it has raised issues about privacy, too.

Admittedly, in this digital age nothing seems that private anymore. But, the definition of privacy (and the various degrees of it) varies from country to country, and obviously, Switzerland is still a little testy about the issue.

The Swiss Federal Data Protection and Information Commissioner, Hanspeter Thur, is of the opinion that Google didn’t do all it can (apparently, some faces were not blurred) and has promised to do to safeguard the privacy of his compatriots, so he demanded that Google stop providing Street View with Swiss maps.

Google promised to comply with ever request for image removal, and in the meantime tries to have the ban reversed.