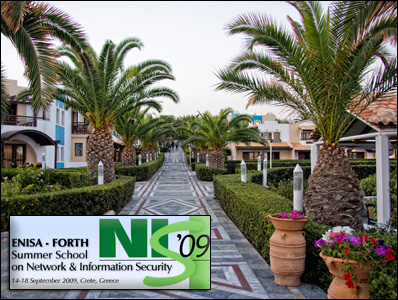 After a successful event in 2008, beautiful Aldemar Knossos Royale Village resort on the island of Crete is once again hosting a group of experts in Information security, policy and decision makers from the European Union (EU) states, as well as members of the research and academic community. They gathered here to partake in the second annual NIS ’09 Summer School, organised by the European Network and Information Security Agency (ENISA) and the Institute of Computer Science (ICS) of the Foundation for Research and Technology – Hellas (FORTH).

ENISA is an agency mandated to assist the European Comission and the member states of the European Union in ensuring the higher levels of network and information security.

This year’s summer school has a special theme “Privacy and Trust in a Networked World”, so all of the lectures are closely connected with this hot topic. The event started early on Monday with a series of keynotes held by representatives from the organizing parties, as well as distinguished guests from the European Parliament. In the opening speech, Mr. Andrea Pirotti, Executive Director of ENISA, noted that the Governments of European Union states must allocate enough of their budget and resources for information security. “If critical infrastructure is hit, society is at a great risk” – Mr. Pirotti added. Prof. Constantine Stephanidis, Director of FORTH-ICS followed up with a short introduction of his organization and discussed briefly about the concept of the NIS’09 summer school. 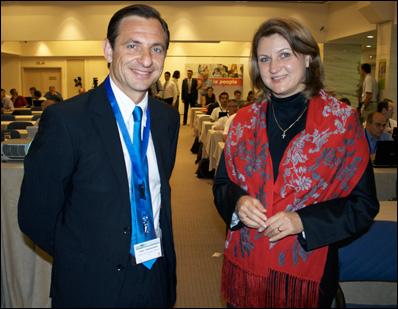 Dr. Jorgo Chatzimarkakis, member of the European Parliament, is a member of a number of different committees and is actively involved in developing directives on wide range of subjects, including innovation issues, education and research policies. He welcomed the initiative to establish this annual event and greeted the ENISA program that focuses on trust and privacy issues.

In her keynote, Silvia-Adriana Ticau, also a member of the European Parliament stated that “we need to build consumer confidence in ICT services and that security is an enabler, as well as an asset in building this trust and confidence”. She provided information on some European action plans on e-signatures and e-identifications and stressed out the importance of digital signatures for European citizens that are communicating with government services of different EU countries. 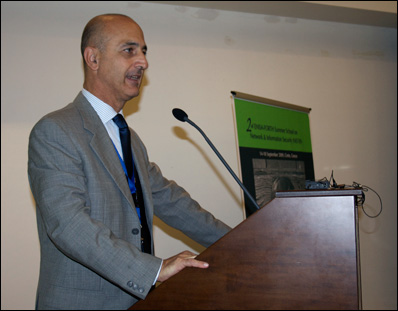 The NIS ’09 Summer School gathered around 100 attendees from 17 countries. From an informal verbal survey on the beginning of one of the lectures, majority of attendees are working in the fields related to research and policy. Most of them are either employed by various EU Governments or work for them in some way.

The school is “open” the whole week and attendees will be able to listen to 17 lectures with topics varying from security in virtualized worlds, to issues and perspectives of using electronic ID at work.

Help Net Security also attended and covered the last year’s Summer School on Network & Information Security, so if you are interested in reading that report, you can find it in Issue 18 of (IN)SECURE Magazine, as well as read a reprint of the article online here.