Ever heard of ASmallWorld? Dubbed “Snobster” by critics, it is an exclusive invitation-only online social network service similar to Friendster.

To quote their website, it is “a private international community of culturally influential people”. Jet-setters, celebrities and other influential (and affluent) people gather in it, so it definitely is a place when one can collect information worth a lot of money. 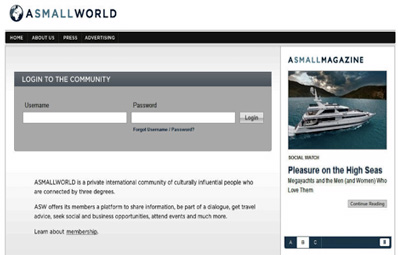 Obviously, it was just a matter of time. McAfee Avert Labs reports that yesterday two French residents were arrested by the French police and the FBI under the suspicion of having hacked into the network and of blackmailing the webmasters. They allegedly requested a sum of US$1 million.

The lesson to learn from all of this? No social network is 100% secure, so be careful what information you post.