Mashable reports that anyone can hijack a group on Facebook just by joining the group and registering as an administrator after the real admin has left. The group is then at the mercy of the “illegal” admin, who can change the name, edit the information, the picture, send messages to members – in short, he can abuse the acquired “power” by putting up offensive stuff. 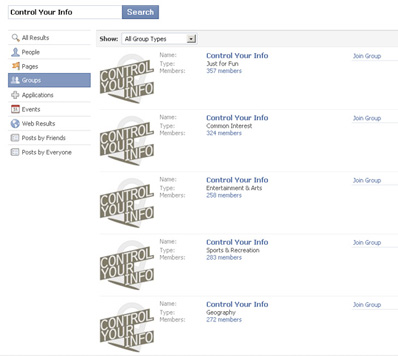 There was a Facebook group by the name Control Your Info, whose members were going around and hijacking groups to try to raise awareness about the flaw, but it has been shut off by Facebook. Let’s hope they are also fixing the flaw.