Slashed budgets and reduced staffing numbers delayed many security initiatives in 2009, but the vulnerabilities didn’t retreat and will only intensify in 2010, Unisys security experts predict.

Looking ahead to 2010, government and commercial organizations will take a more proactive approach to security, implementing new measures to verify identity and protect confidential information. Financial institutions and defense agencies will lead the charge, with ports and other organizations quickly following. 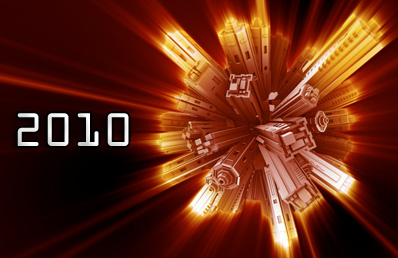 The following seven security trends will emerge in 2010 as business and government agencies look to protect data and strengthen identification methods:

1. The consumerization challenge – Consumerization of IT will continue to blur the perimeters of the enterprise network. As a result, organizations’ focus will shift to data protection as opposed to traditional network security or infrastructure security. As more employees and consumers use smartphones and PDAs to conduct business transactions online, organizations will look for new ways to protect data beyond simple PINs and passwords. As consumer devices are increasingly targeted by malware and spyware, users will demand that security platforms and anti-fraud applications need to be strengthened and continually updated to ensure the protection of mobile online transactions.

2. A good offense – Trojan attacks will continue to plague financial institutions and government agencies. Therefore, these organizations will need to take an offensive stance to better guard their data against increasingly sophisticated and harmful threats. Banks and government agencies will adopt a more comprehensive, integrated view of their IT environments and will seek to better understand the human element behind illegal activities to help them pinpoint in advance when and where and how attacks are likely to happen.

4. Cloudy forecast – Organizations will also begin to reverse the tendency of “protecting everything” and instead prioritize security controls based on whether the data in question presents low, moderate or high levels of risk. Consequently, more organizations will begin moving less sensitive public data into cloud computing environments to attain cost savings in 2010, and will then migrate more sensitive data to the cloud as new security models are developed to address multi-tier data protection.

5. Biometrics on the border – The coming year will see a tipping point in use of biometric identification tools such as iris, facial or fingerprint scans, to verify identity at the border and customs areas in airports. Unisys experts point out that many governments have invested in an electronic passport infrastructure, but not yet used it. There will be an increased rollout of electronic passports which contain a chip to store biometric data that can be matched to its owner to verify that the person carrying the passport is the owner of the passport. The rollout electronic passports will be led by countries in the Asia-Pacific region and Europe.

6. Taking IT to the streets – Mobile biometric devices will allow governments to take more biometric-based critical services directly to their citizens, rather than requiring their citizens to come to the technology. Police forces in the U.S. and U.K. have already started using mobile fingerprint scanners to facilitate faster processing. In Australia, police officers can use the device to access the national fingerprint database from the field to scan the criminal database for a match. Such devices will also aid in the identification of individuals in a disaster situation.

7. Smart surveillance – Surveillance systems will be become more sophisticated and intelligent. Unisys experts say that real time event detection technology will soon be able to identify a security breach as it occurs and initiate an action instead of simply recording footage to be reviewed after the incident. Improved digital camera technology coupled with intelligent software enables surveillance footage to be combined with other available information, such as facial recognition data, to create alerts so that immediate appropriate action can be taken. Surveillance software will also soon be able to recognize recurring patterns, or individuals to detect when an unusual event is occurring in real-time.