A survey released today by the Ponemon Institute on behalf of Cellcrypt, reveals that large and medium businesses are putting themselves at risk as a result of cell phone voice call interception. 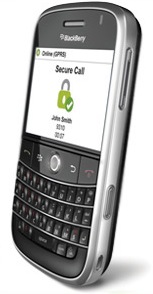 According to a survey of seventy five companies and 107 senior executives in the United States, it costs U.S. corporations on average $1.3M each time a corporate secret is revealed to unauthorized parties. 18% of respondents estimate such losses to occur weekly or more frequently, 61% at least monthly and 90% at least annually.

67 percent of IT practitioners surveyed lack confidence that the proprietary and confidential information conveyed during cell phone conversations is adequately secured in their organizations and 85% believe voice data security is at least as important as other security issues faced by the business. Moreover, 80% believe that the organization would not discover the wrongful interception of a cell phone conversation that revealed valuable corporate secrets.

The survey asked participants to respond to the likelihood of six separate scenarios involving the use of cell phones to communicate sensitive and confidential information occurring in their organizations. The scenarios described the following:

Awareness of the problem was high with 71% stating that confidential information is communicated over cell phones in conference calls, 80% when traveling to countries known to be high risk for voice interception and 83% when discussing information with professionals such as legal representatives.

59% of respondents felt that high profile employees are likely or very likely to be specifically targeted for voice interception with 50% indicating that such interception would occur by government authorities and 32% by criminal organizations. The risk of such interception was seen to be highest in the Asia Pacific and Middle East regions.

Despite these findings, few organizations have yet deployed comprehensive protection measures with only 14% deploying technological solutions to personnel traveling to high risk locations and a surprising 83% not even providing employee training to raise awareness about the risks of using cell phones in high risk areas.

“Cellular communications are ubiquitous in business and will only become more prevalent as worker mobility grows, yet the risk to information security is often overlooked,” said Larry Ponemon, chairman and founder, Ponemon Institute. “Common scenarios, such as conference calls attended by executives dialing in on their cell phone, may pose a serious threat to highly sensitive personal or corporate information if proper precautions are not taken to ensure business information integrity.”