70 people belonging to 3 unconnected cybercrime gangs were arrested yesterday during raids performed by the Romanian police.

The gangs m.o. was apparently as follows: they phished eBay account credentials and used those accounts to sell fake or non-existent goods such as laptops, Rolex watches, luxury cars, yachts, and – can you believe it? – aeroplanes.

Romanian DIICOT (Directorate for Investigating Organised Crime and Terrorism) has worked together with the FBI to identify over 800 victims of the gangs and to track down the criminals. The arrests were executed with the help of the FBI and members of the US Secret Service that are stationed at the US Embassy in Bucharest, the Romanian capital. 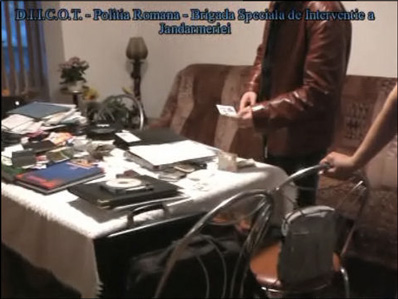 This massive takedown included the participation of around 700 Romanian police officers and gendarmes because, according to Gary Warner, 101 search warrants were served around the country: Bucharest, Valcea, Teleorman, River, Arges, Prahova, Brasov, Constanta, etc. There were even searches conducted in Prague (Czech Republic) and the USA.

Romania has long been know for cyber criminals that have a predilection for “auction fraud”. Some American companies have threatened to cut ties with the country if it doesn’t put a stop to them, and the Romanian government and law enforcement have obviously taken the ultimatum to heart.