This year, over 30 new vulnerabilities and 46 new tools will debut, including the first ever Black Hat Arsenal – a community gathering place where over 25 independent researchers will present cutting-edge demos, tools and findings in real-time, on stage in front of the Black Hat delegation.

Featured industry speakers and new vulnerabilities this year will grow and currently includes:

On Wednesday, July 28, Qualys will host an epic party you will not want to miss. RSVP today and come have a few drinks with the Help Net Security team! 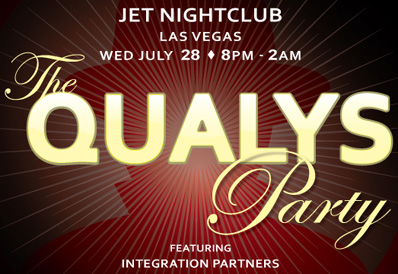