Privacy should be a human right, and we should be able to see our data, challenge it, change it and delete it. Still, we’re not in charge of our personal information at all, and we have only ourselves to blame.

As the most significant social network in the world, with more than 500 million users disclosing a wealth of information on a daily basis, Facebook is a dominant repository of personal information. Does Facebook care about users’ privacy? Absolutely not. 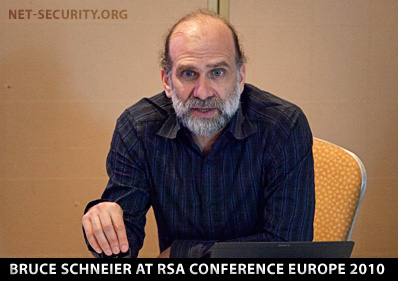 While discussing Facebook at the RSA Conference in London, BT Counterpane CTO Bruce Schneier was very upfront and said: “These CEOs are deliberately killing privacy. They have a more valuable market the less privacy there is.”

When you think about it, it makes sense for them to purposefully erode privacy – it suits their business model. How many users are complaining? Only a tiny percentage, and they’re not being loud enough. Most Facebook users don’t even understand the implications of personal data sharing and no one is going to warn them until it’s too late.

John Madelin, Director of Professional Services EMEA at Verizon Business agrees. He notes that the young always-on generation apparently doesn’t understand the value of data and, even worse, seasoned users are making trade-offs just to be in the loop with the latest technologies.

Increased Facebook usage has led to unexpected consequences with different types of users using it in different ways. Spear phishing has thrived as more people opted to open a Facebook account.

One of the biggest gripes by privacy advocates is the inability for most Facebook users to understand how to setup proper privacy controls or even the reason why they should use them in the first place. Needless to say that Facebook is not making it easy for anyone, since they are changing the way privacy controls are setup quite often.

“In the end, Facebook will do best for its customers, and that’s not you” said Schneier. “People say that Facebook has no customer support, but they do, it’s just that you’re not their customer.”

Naturally, he’s right. The customers are those placing ads, the data hungry wolves looking for advertising so exquisitely targeted that it was deemed nearly impossible just 5 years ago.

In this interconnected world where social media dominates the online experience while simultaneously dissolving privacy, there is little we can do except avoid using services like Facebook. We need regulated privacy laws and controls on a higher level in every nation, but is that even possible?