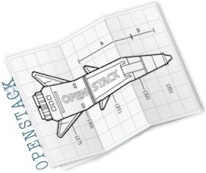 Since the project’s inception three months ago, OpenStack has built an active community of contributors, delivered on its code release and feature commitments, attracted new member organizations and received interest from enterprises and service providers.

The code for OpenStack Object Storage, a cloud storage platform based on source code from Rackspace Cloud Files, was made available as a developer preview in July. The Austin release makes it easier to install and deploy, and has dozens of bug fixes and feature additions including a statistics processor, enhanced access control and user-defined metadata.

The initial release of OpenStack Compute, a large-scale compute provisioning engine, is ready for testing and prototyping, and users are encouraged to participate in the open development process by installing the code and providing feedback.

The goal with this release is to create an easier path to adoption for the three stakeholder communities: service providers building cloud offerings, enterprises and government agencies deploying private clouds, and the ecosystem of cloud technology providers integrating with OpenStack.

“Citrix will deliver OpenStack technology as an integral part of the Citrix OpenCloud platform,” said Peter Levine, senior vice president and general manager of the Datacenter and Cloud Division at Citrix. “The industry has spoken, and customers are demanding open, cross platform virtualization solutions. We’re already seeing positive results from our early participation in the developer community, and we see momentum building to make OpenStack the open source standard for both enterprise and public cloud deployments.”