Cisco announced the results of the latest Internet Routing in Space (IRIS) testing, marking the first-ever software upgrade of an IP router aboard a commercial satellite while in orbit. In addition, Cisco completed the industry’s first VoIP call made without the use of any terrestrial infrastructure to route the call. 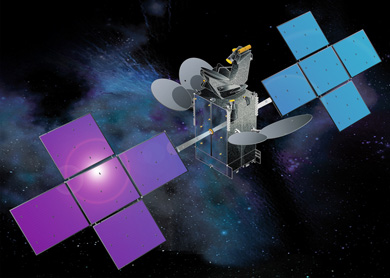 This achievement represents a radical departure from current communications satellite technology, which relies on ground-based hubs to convey voice and video signals between satellites and end users.

Benefits of this new capability include the ability to route voice, data and video traffic between users over a single IP network more efficiently, and with greater cost effectiveness, than is currently possible over today’s fragmented satellite communications networks.

In addition, the capability to upgrade the software of the Cisco router and onboard modem from the ground increases the flexibility of the system to implement future capabilities and the lifespan of the communications system.

Cisco recently teamed up with Astrium to study the applications of space-based routers. In October, Cisco and Astrium successfully demonstrated IRIS services such as multicasting, which enables the delivery of information to a group of destination computers simultaneously in a single transmission.

Steven Boutelle, CEO of Cisco IRIS, and VP, Cisco Global Government Solutions Group, said: “Today’s announcement underscores Cisco’s commitment to innovation in networking communications. IRIS will support the deployment of a truly mobile network that allows users to connect and communicate how, when and where they want, and that continuously adapts to changing needs without depending on a fixed terrestrial infrastructure. This technology has the potential to transform how government agencies and commercial organizations use IP-based network services to accomplish their missions and business objectives.”