A recent survey by Gartner found that more than half of organizations surveyed have adopted open source software (OSS) solutions as part of their IT strategy. Nearly one-third of respondents cited benefits of flexibility, increased innovation, shorter development times and faster procurement processes as reasons for adopting OSS solutions.

However, the survey revealed that only one-third of responding organizations had a formal OSS policy in place. 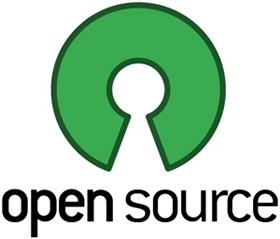 Gartner conducted a primary research survey of 547 IT leaders in organizations in 11 countries from July 2010 through August 2010. The goal was to determine current and future OSS adoption and usage habits.

“Gaining a competitive advantage has emerged as a significant reason for adopting an OSS solution, suggesting that users are beginning to look at OSS differently — if they can customize the code to make it unique to their company, they have created a competitive advantage,” said Laurie Wurster, research director at Gartner.

“As external service providers emerge to support commercial offerings, OSS is and will continue to be used in both non-mission-critical and mission-critical environments,” Ms. Wurster said. “With greater in-depth understanding and access to the necessary skill sets, end-user organizations will continue to find new deployment of OSS. Although a search for reducing costs by adopting OSS continues to be a major driver, with this survey we see more respondents looking at OSS as having much-greater value than simply getting something for free.”

Gartner’s survey indicated that just over one in every five responding organizations (22 percent) was adopting OSS consistently in all departments of the company. However, a much-higher number of respondents (46 percent) used OSS in specific departments and projects. In addition, 21 percent of respondents revealed that they were in the process of evaluating the advantages of OSS usage.

The top corporatewide Gartner-defined key initiatives supported by the use of OSS were: data management and integration; and application development, integration, architecture, governance and/or overhaul.

Other key initiatives supported by OSS were business process improvement or re-engineering; security, risk and/or compliance; data center modernization and consolidation; and virtualization.

“Based on these results, we see that OSS components and building blocks are utilized together with internally developed software to augment and enhance existing systems through integration and automation, as well as to improve business efficiencies and security,” said Bob Igou, research director at Gartner.

With each Gartner OSS survey taken in the past five years, the amount of OSS that makes up responding organizations’ portfolio has increased, from less than 10 percent five years ago to more than an expected 30 percent within the next 18 months.