To help you keep tabs on your home or office anytime, anywhere, Logitech introduced the Logitech Alert app for iPad which makes it easy to access your Logitech Alert digital video security system. 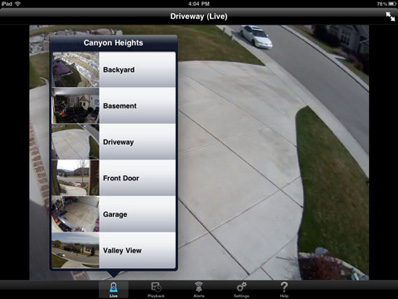 If you have the Logitech Alert Web and Mobile Commander service you can also view video recordings captured when motion was detected and manage system settings, including turning on motion alerts from your iPad.

The Logitech Alert app for iPad providing free, live monitoring is expected to be available in the U.S., Europe and Asia in the Apple App Store at no charge beginning in April.

The Logitech Alert Web and Mobile Commander service enables additional functionality on the iPad, Web browsers and mobile apps and is available at a suggested retail price of U.S. $79.99 per year.