Google recently opened for business a social network named Google+, and to avoid making mistakes that plagued the rollout of its predecessor Google Buzz, the company has decided to roll it out gradually.

In order to do that, the network could be joined only if invited. But, as the interest for it surpassed Google’s expectations and the set up infrastructure, Google has shut down the invite mechanism for the time being.

Unfortunately, this move plays well into the hands of online scammers, who have been sending fake invites and setting up fake sites where you can supposedly download a personal invite.

Trend Micro researchers have spotted a site like that, purportedly set up by a friend of a Google employee that has given him 1,000 extra invites to pass out. ” There are only so many left, so it’s first come first serve.” it says. “Just download your invite below and you are on your way to becoming a Google Plus member!” 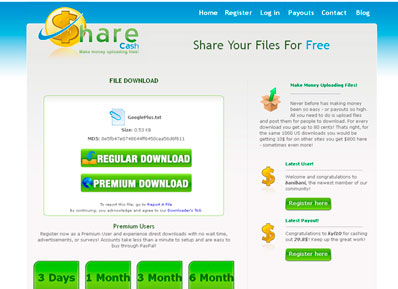 I imagine there are not many people who would willingly part with their money upfront, so the free/survey option remains.

After having chosen it, the victims are warned to enter valid information about themselves when prompted – including their mobile phone number – or loose the option of downloading the invite.

Unfortunately for them, this gives the scammers permission to subscribe the victims to a number of mobile services which, of course, are not free. And in the end, they do not get an invite to Google+.