Malware pushers have never balked from using news about a celebrity’s death to trick people into downloading malicious payloads. They also have no problem with faking such news.

The latest spam campaign of this kind is targeting Spanish-speaking Internet users and claims that Fidel Castro, Cuba’s (in)famous former dictator, has died: 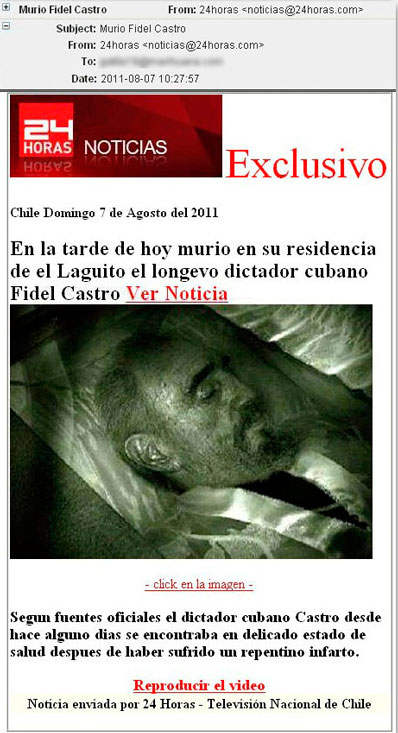 Given that he has been in rather poor health for the past few years, the “news” sounds almost believable. But, as Graham Cluley warns, this kind of news would definitely be reported on by news outlets such as CNN and BBC, and they haven’t.

Links to supposed images of the dead dictator and more details about the “news” are given throughout the email, but a click on them saddles the unfortunate victim with a downloader Trojan that proceeds to download another one on the system.